“You can’t download a live gig,” says Mike Dewdney who, with over quarter of a century’s experience as an agent, has seen the music industry go through a fair few changes. “You can stick a recording on your computer or your phone, but it’ll never be the same as being there. Maybe that’s why live music is so massive now.”

But while Mike has witnessed at first hand the ever-growing hunger to experience music in the flesh, through working with acts as diverse as Kasabian, The Deftones and Tori Amos, he believes the agent’s job is not just a case of getting lucky with a band hitting the big time, then maximising their income. “It’s not rocket science to know what to do when a band breaks, but the nurturing of an artist is the important bit.”

To that end, he says, “You’ve got to have belief in the act you’re booking. You’ve got to be a fan, and believe they have the potential to go all the way. I’ve got pretty eclectic tastes, but if you’re not a fan, you’re not going to give it 150% to get them what they deserve.”

Even as a teenage music fan in the 1980s, Mike was curious about what went on behind the scenes, an interest that led to him taking a job running the ents office at Sheffield Poly.

“All the time I was looking around thinking ‘how does that work?’ Then I started booking bands for other people, and went from there.”

After learning his trade at agencies such as ABS, he joined ITB in 1991, and like many others at the company, has rarely felt the temptation to leave.

“It’s a company with an incredible roster, the guys running it have been doing it 35 years, And you still get a great buzz from seeing an artist grow. You begin working with them when they’re nothing, but you have that belief in them, then they get a record deal, play pub gigs, support tours, then headline shows, and it’s building, building, building until they’re selling out arenas, then you see the whole process start again with another act – that never gets boring.”

First gig that blew you away

“I saw Depeche Mode at Canterbury University in 1982 and it was just brilliant – it got me into the whole live gig-going thing. After that I went to see Psychedelic Furs in Brighton, and blagged my way backstage. That’s when I started getting interested in the music industry and wanting to find out more.”

“A good bitter, but that’s very hard to find at gigs. I probably won’t have a drink until after the show. Then I’ll have a nice red wine backstage.” 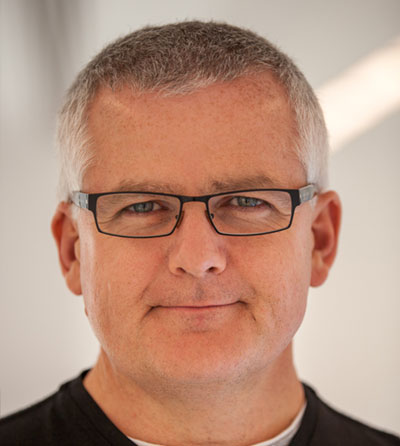 Mike is assisted by Mo