Maverick geniuses and highly talented eccentrics come with the territory in rock'n'roll. But despite having worked with artists, mostly gloriously unpredictable, all global legends, Rod MacSween's unflappable style convinces you that this cricket obsessive could expertly play a straight bat at any problem an artist cared to throw at him.

He has pretty much seen it all in over the years booking bands, and still represents, a dazzling roster of legends. His career began when he put on iconic acts like Pink Floyd and The Who while he was Social Secretary at Exeter University from 1969-72. "Back then even some of the biggest bands still played colleges,” he says, “and we had 1800 capacity so we were able to pay a bit more. Well, I say a bit more, we paid them £1000!" (see "First gig that blew you away").

Until that point, Rod had thoughts of going into teaching ("I'm not sure if I'd have been any good"), but instead he took a job at the small Circle Agency, where he booked ELO and Wizzard among others. A move to the Bron Agency followed, before in 1976 he decided to strike out on his own, with his good friend Barry Dickins joining him at the newly formed ITB two years later. Since then, he’s earned an enviably high regard and fierce loyalty among his clients, as well as a reputation as a shrewd negotiator, able to secure his clients a great deal while also maintaining good relationships with promoters. That’s a skill that he admits is largely down to instinct borne of years of experience. And he admits, “It’s not always about maximum income – sometimes I’ll turn down higher offers because I think it would drive the ticket price too high. You’ve got to have a bit of a balance, particularly as the touring business is almost the main area for artists making money now,” says Rod. “And whereas in the old days a band used to tour around the record release, to promote an album, these days it’s more the other way round – it’s almost as if you put out a record to promote a tour.”

Rod retains a formidable appetite for the job – helped, no doubt, by the fact that he still boasts the kind of lean frame that you only normally see on the Mick Jaggers and Iggy Pops of this world. You suspect rock'n'roll has proved an effective elixir of youth. "I certainly get as much enjoyment out of it as ever," he says. Therein lies one of the secrets of Rod’s enduring success:

He recognises that the artist’s needs come first, and it’s one reason why they have invariably become good friends, not just business associates. “Ultimately, It’s all about the artist,” he says. “For that hour-and-a-half or two hours they’re on stage, that’s when the magic happens. Everyone else is important in the network, but ultimately it all leads back to the artist – without them you’ve got nothing.” As for dealing with “difficult” artists, Rod is quick to play down the problems: “A lot of it is PR spin, but I think every artist has their indiosyncracies and unorthodox ways. It’s part of the gig to recognise all the different traits, and it’s not easy!”.

Still, some problems you just don’t see coming. More often, though, he says, an agent is an oasis of calm amid the madness. “It’s just about being patient, not panicking,” he says. “Often you’re the one that picks up the pieces when there’s a problem and if you can shine when there’s a crisis, that’s when a good agent shows their worth.”

First gig that blew you away?

“When I was at Exeter, one of the big shows I booked was The Who. They played Tommy and some hits. And it was a quid a ticket!”

“I’ll just have a beer or a glass of wine. Whatever, really…”

“I read a lot. Mainly classic literature – Russian, French, all the American classic authors. I read 20 or 25 books a year, and it’s nice to take your mind off the music industry.” 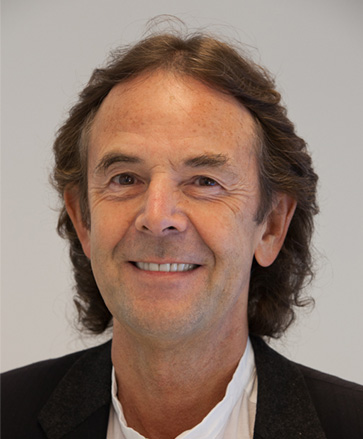 Rod is assisted by Karen, Diana and Sue