Old friends pass through our lives similar to characters in a time-worn, dog-eared novel.

As we page through life, they return to walk alongside of us on bold new adventures at all the right moments. Such is the story of The Magpie Salute. For as much as the group represents a musical union of swaggering rock ‘n’ roll, psychedelic blues, and campfire-worthy storytelling, it also marks a reunion of musicians whose paths twisted and turned right back to each other.

Pulled together by guitarist Rich Robinson, it continued a storyline he began in the Black Crowes with guitarist Marc Ford and bassist Sven Pipien. Meanwhile, vocalist John Hogg shared Hookah Brown with Robinson as keyboardist Matt Slocum and drummer Joe Magistro both joined him for solo records and tours over the years.

Now, these six individuals conjure magic on their full-length debut of original material, High Water I [Mascot/Eagle Records], for 2018 with High Water II to come in 2019.

“It’s the recontextualization of playing with one another,” Robinson states. “When I was putting this thing together, I was thinking about how even though we may not have played for almost a decade, it just comes back immediately. The chemistry is unexplainable. Of course, I’m the same guy who played with the Black Crowes and wrote all of those songs, but this is a different context for myself, Marc, and Sven. It’s the convergence of three different worlds and eras for me. We’re all here together in this one place. Simultaneously, it’s amazing for Marc and Sven to play with Joe and Matt and John to be in the middle of it all. For me, that was really cool to witness. This is what I wanted to do.”

“The more time we spend together, the more I realize how much of my life is involved with Rich,” Ford reveals. “This is probably the best band I’ve ever been in. As a player, it challenges me. There’s something beyond us that we’re agreeing with. This music wants us to be a part of it. Rich and I just agreed that whatever it took for us to drop our bullshit—so be it. That way, we could let this happen in our lives. It’s better when we’re together than when we’re not. We’re better friends than we’ve ever been. I’ve learned more about him in the last year than I had in the past thirty. Rich and I have been able to pick up this fragmented broken piece of a very bizarre life together and unite as grown men and say, ‘Wow, that was something. Let’s see what we can do with it.’”

“We’re all very aware of this position we’re in,” adds Hogg. “Rich and Marc have this intense and long history together in quite a public way. At the same time, you’ve got Sven who’s been in the band forever, and Joe has been with Rich for 15 years. I have this history with Rich. I won’t lie; it’s all quite unusual,” he laughs, “I’m working with the greatest musicians I’ve ever worked with. The dynamic is powerful and positive. There’s been a number of long journeys that suddenly all coalesce.”

As those roads converged, the Magpie Salute first took flight in 2016 when Robinson assembled the original ten-piece incarnation for a now seminal Woodstock gig. The group went on to sell out four consecutive nights at The Gramercy in January 2017 chronicled with a historic Guitar Player cover featuring the two six-stringers. By the top of 2018, the band delivered a total of 77 seismic sets worldwide comprised of a 170-song repertoire of covers, Crowes’ tunes, and solo material. Acclaim came from Guitar World, Relix, and more, while Rolling Stone summed it up succinctly as “Explosive.” They unveiled their debut, The Magpie Salute (Live), topped off by one original “Omission.” By the time they retreated to Dark Horse Studios in Nashville with Robinson in the producer’s chair, the vision crystallized with the six-person lineup.

“Touring as a ten-piece is cool, but it’s more like a revue,” admits Robinson. “Everything on stage was great. When you’re ready to record, there’s a lot of space that needs to be considered though. We didn’t want it to get too chaotic or too hard to sift through. The core was really important and needed to shine as a strong six-piece. It was great to build something new last year. We were born in a sense. Now, we’re working towards something as a tight unit.”

“We bashed out all of the framework on tour,” continues Ford. “When we got off the road, we focused and let it really shine.”

The Magpie Salute are launching High Water I with “Send Me An Omen.” The twang of a hummable riff roars under Hogg’s towering delivery before spiraling into an entrancing melody punctuated by gang harmonies and butter smooth solos. 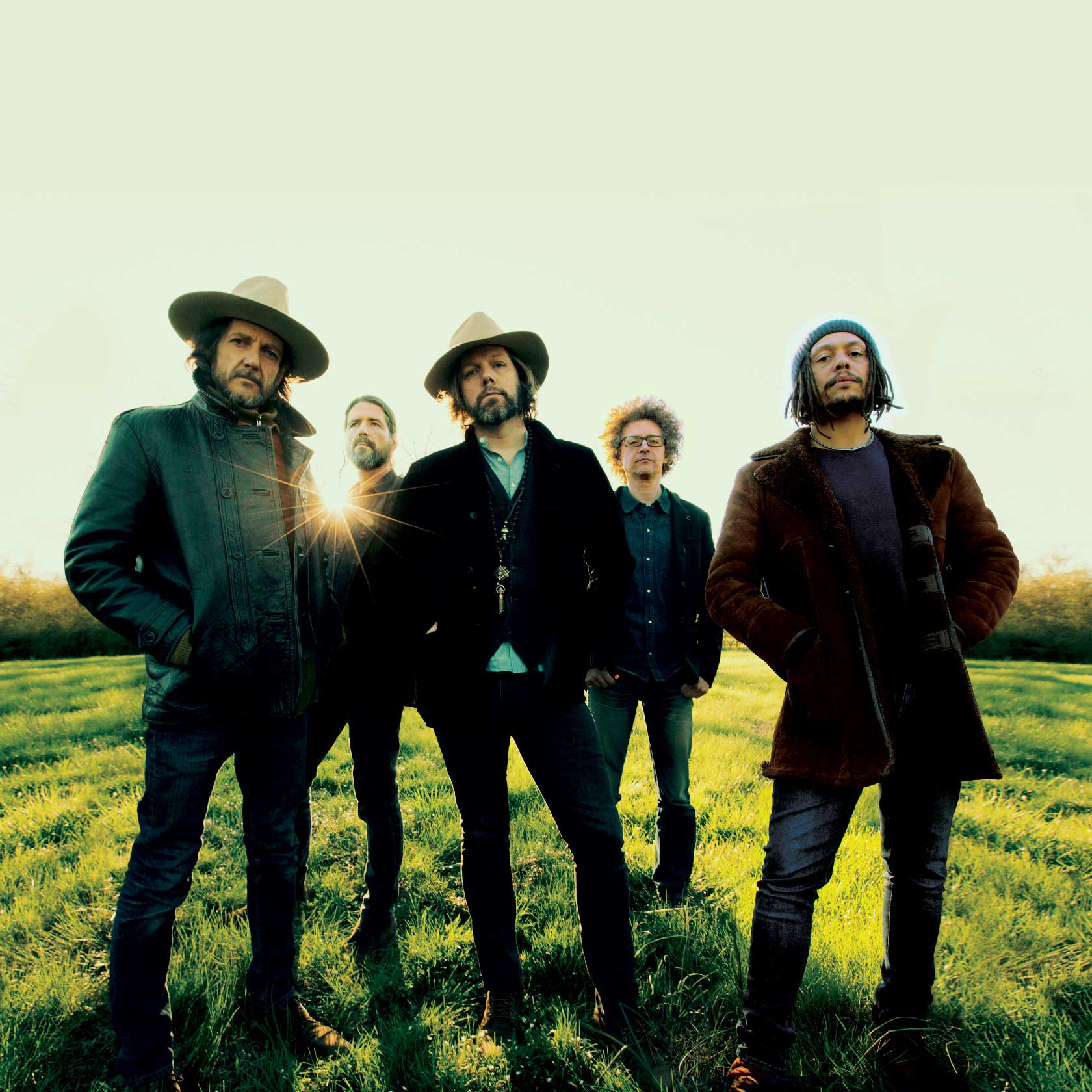