The human touch makes a noticeable difference. Listeners invariably respond to that tactile bond between the musician and the music.

To put it simply in the parlance of our times, you know when it’s real…

GRAMMY® Award-nominated Norwegian singer, multi-instrumentalist, songwriter, and producer Jarle Bernhoft emphasizes this personal connection on his fourth full-length offering and first as Bernoft & The Fashion Bruises—the aptly titled Humanoid. Recorded as a full band, the record unlocks a soulful spirit buoyed by simmering R&B grooves and powerful pop hooks. In assembling this bold, bright, and brilliant body of work, the artist surveyed the landscape and made a conscious decision to go against the grain.

“So much current music is computerized and machinelike,” he affirms. “I felt like I should go the other way and create human music again. It’s imperative to keep in touch with organic life, so I dove into those soundscapes. I rediscovered that touch. By ample use of guitars, drums, and bass, I’m trying to smash people out of Facebook and back into real life.”

If anybody can do it, it’s him. Since making his solo debut on 2008’s Ceramik City Chronicles, he’s quietly amassed a catalog celebrated by fans and critics alike, spanning full-length offerings Solidarity Breaks [2011] and Islander [2014] as well as EPs Stop/Shutup/Shout It Out [2016] and The Morning Comes [2017]. Highlighted by “Come Around” and “No Us, No Them” [feat. Jill Scott], Islander received a 2015 GRAMMY® nomination in the category of “Best R&B Album.” Along the way, he performed on Ellen and Conan in addition to earning acclaim from NPR, USA Today, and many more.

Joined by The Fashion Bruises, the process for Humanoid commenced in old school fashion. Rather than rush into the studio, they spent time woodshedding in the rehearsal room. The shared chemistry flourished.

“We did this all as a band,” he continues. “We didn’t use computers. We really played through everything. The Fashion Bruises are such an integral part of the sound. The days of playing solo aren’t over, but I’m definitely taking a break. The goal was to keep this like a live performance.”

They recorded at Oslo Klang in Norway for only two weeks with Bernhoft behind the board in the producer’s chair as his infant son crawled around the space.

“There’s nothing better than having a baby crawl around your feet when you’re playing guitar,” he smiles.

The group introduced the album with the first single “Buried Gold” [feat. Raelee Nikole]. Over a funky beat driven by lively guitars, he locks into a hypnotic duet with Raelee. Their voices entwine in an undeniable back-and-forth, speaking to a central theme.

“The song represents what the album is about,” says Bernhoft. “It’s a dialogue between an optimist and a pessimist who are both engaged in fisticuffs daily within me. I’m shifting between disillusionment and re-illusionment, which is the state of things. I remember when the Brexit vote had just come in. Not too long after was the American presidency vote. It’s was if the world was unraveling. I felt torn between wanting to pick up the gloves and fight or just saying, ‘Fuck the world.’ Both of my viewpoints come across. Raelee really shines on it too.”

Elsewhere, handclaps, acoustic energy, and warm reverb bottle a sun-soaked sensibility on the West Coast-inspired “California,” while “Don’t Give Up” offers up a powerful send-off highlighting the expanse of his voice.

In many respects, the title track remains the perfect representation of Humanoid. A hummable guitar riff gives way to a lively chorus that’s downright impossible to shake.

“It says something about the man-and-machine relationship,” he admits. “I’m not sure whether to be optimistic about it or not. You’ll see people at dinner or in a café staring at their screens and not acknowledging each other. I’m thinking of how we interact, talk to each other, and whether or not we’re enhancing our lives or amputating them with these interfaces we use. I’m trying to find people, but I can’t see them behind their screens.”

In the end, Bernhoft has got the power to make people put down their phones, get up, dance, and maybe even think.

“You can dance to this one, but you might have some deeper thoughts,” he leaves off. “All said and done, I’d love to just reintroduce a connection.” 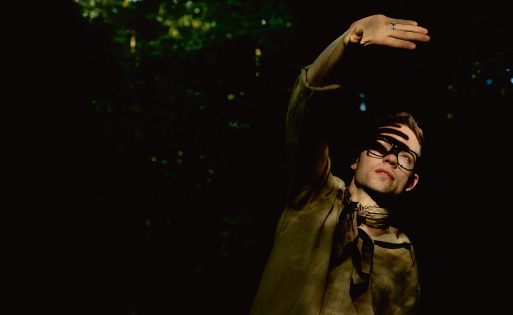 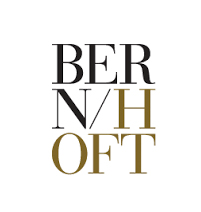