United We Stand isn’t an empty platitude for the members of BRAD. The title of the Seattle group’s fifth studio album is their declaration: After almost two decades, the quartet remains a unified front, more committed to playing together than ever before.

“At this point, we’ve been a band for 19 years and realized we aren’t going anywhere,” BRAD co-founder/guitarist Stone Gossard says of his collective with vocalist/pianist Shawn Smith, drummer Regan Hagar and bassist Keith Lowe. “It’s a really fun band, a creative music group. It’s just a time in our lives where we love getting together and making music.”

That sense of brotherhood is evident throughout the vibrant United, including on first single, “A Reason To Be In My Skin,” which features Gossard “doing my best Edge impression.” Indeed, the mid-tempo affirming, soaring song features an infectious guitar line that insinuates and winds its way into the inviting spaces in Smith’s melody.

Smith’s seeking vocals, as he declares “here we are lookin for light in the middle of war,” add a warmth to the mid-tempo urgency of “Bound In Time.” Though firmly rooted in rock, the 10 songs on United We Stand confidently embrace a number of different styles, from the deceptively easygoing “Needle & Thread” to the dense crunch of “The Last Bastion” and the layered ringing of “The Only Way,” a tune Gossard calls “one of our most BRAD-y songs. It’s an organic approach to writing pop songs that highlights the incredibly vulnerability Shawn has in his voice.”

Though each BRAD member has obligations to other groups—Gossard to Pearl Jam, Smith and Hagar to Satchel, they overcome the time and scheduling challenges their other commitments bring. Recording United We Stand, the band’s first album since 2010’s Best Friends? was such an enjoyable experience that Hagar says he and his bandmates would, “really try to record once a year, even if nothing comes out of it.”

Work began on United a little more than a year ago, when, as Smith says, Gossard threw up “the bat signal” that it was time to unite. In the past, the band has hunkered down and recorded a new album over a two-week period. This time, recording spread out over several months, with the four members coming in and out of a Seattle studio as needed. “We’re all family guys and no one was willing to stow away in the cave and not see their kids,” Hagar says.

Plus the new process allowed the quartet, who produced the album themselves, to build the songs. “We had numerous sessions where we were all in, but a lot of time Shawn would go in or he and Regan would go in and we’d layer on top of that,” Gossard says. For example, Gossard says his slow, heavy “Miles of Rope” started with a guitar line over a drum track and grew from there with each member showing up on their own to “put something down.”

A spirit of experimentation presided over the recording, with the band trying out different versions as the songs began to take shape. “There were a handful that were written as a group, but everything took a left or right turn,” Gossard says.

The band members were constantly sending each other new versions of the songs digitally so they could review and respond remotely or show up in the studio as needed, often on a few minutes’ notice. “Sometimes, I would get a text saying, ‘Do you have a minute to play on this song?’ and 15 minutes later, I’d be in the studio playing it,” says Hagar, who wrote the retro-glam stomp “Tea Bag” for the album.

A number of the tunes, including “Reason To Be In My Skin” and “Diamond Blues” were recorded live together as a band with no overdubs. “We’re okay with mistakes and flubs,” Hagar says. “A lot of bands will scrub that stuff out. We tend not to.”

Smith’s lyrics, as always, prove a running commentary on the world around us, remaining positive though realistic. They provide United We Stand with its moral compass. “Early on, I decided that I needed to sing about positive things because I was going to have to out there and sing to people and I wanted to be positive,” Smith says. Plus, he adds, it’s hard to be conjure up anger when he’s making music: “It’s the best thing in my life.”

“Shawn is one of the least cynical lead singers that you can imagine,” Gossard affirms. “He has a real passion for creative, optimistic and spiritual identity.”

“I really love that about Shawn,” says Hagar. “He can simplify people’s every day emotions so people can relate to it. He finds the root and talks about it.”

Remarkably, Smith creates many of the lyrics spontaneously in the studio, which makes their cohesive, impactful message all the more astounding. “I go into the studio without even an idea and I just start playing drums and piano and whatever and start making a song,” he says. “I just start improvising words or while I’m singing, I’ll write them down.”

The new deal with Razor & Tie includes a reissue program for BRAD’s first four albums. It’s all part, says Gossard, of building a digital storefront that will “create a place for BRAD fans to go and see the history of the band. Let people into our world and further our continued relationship with our fans.”

Going forward, the members of BRAD feel a growing appreciation that even when the rope that connects them has stretched thin, they’ve never let go of what they have together. And, as they go head into their 20th year, they are making their best, most cohesive work yet. “Whether it’s rehearsing or playing, Gossard says, “I’m just so thankful that we’ve maintained the relationship through thick and thin.” And so are BRAD’s fans. 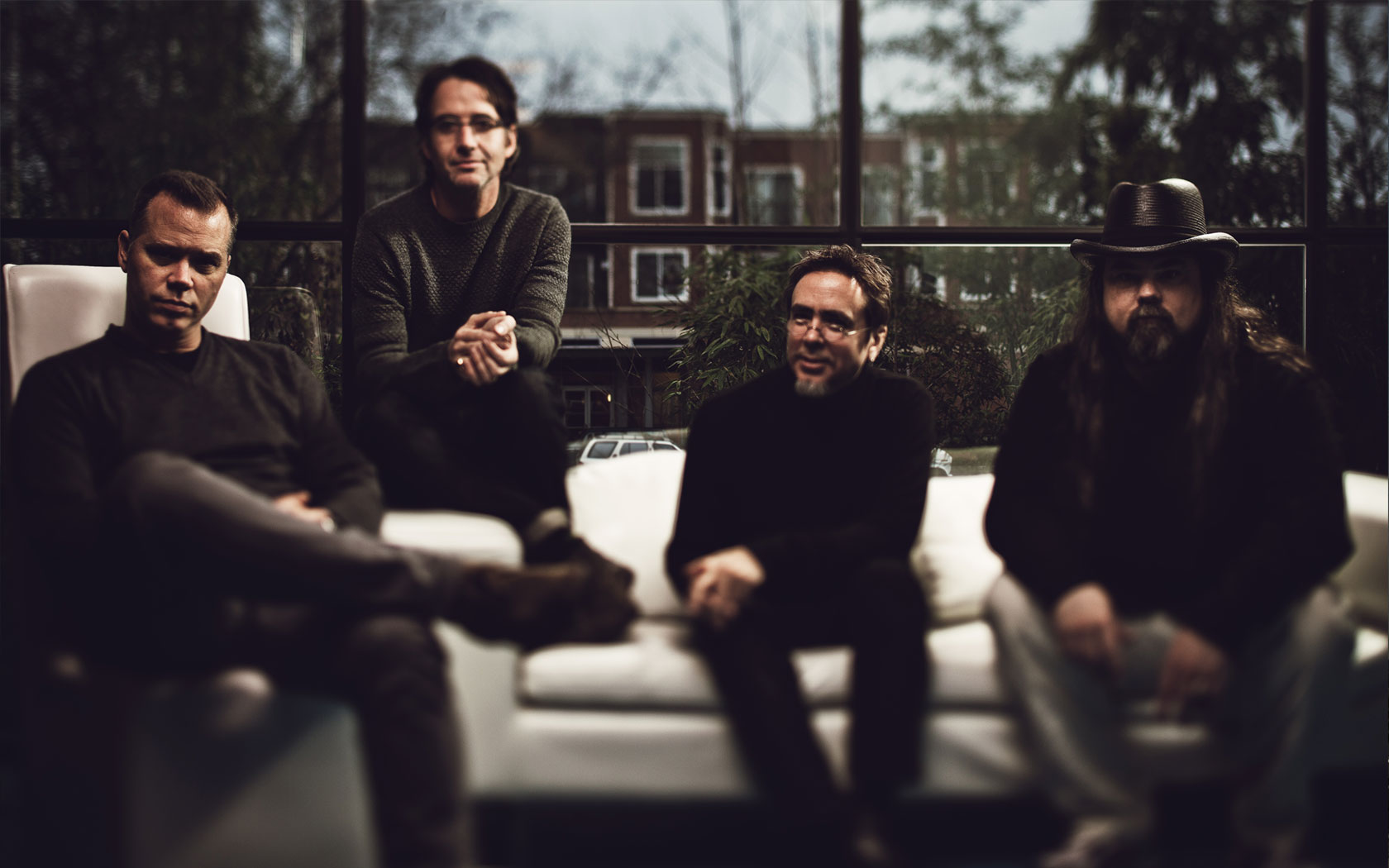