His 2012 debut 'Make Me Believe In Hope', and his 2014 sophomore album 'Life Is Easy' have won fans across the world, impressively including Pet Shop Boys, Scissor Sisters and Sir Elton John who chose him to open up 43 shows across the world for him in 2014. A far cry from the busking in the London Underground stations that shaped his entry into the music world and gave him the confidence that now fills huge rooms.

Drawing influence from artists as varied as Kate Bush, Björk, David Bowie, Depeche Mode, Pet Shop Boys, Chet Baker, Joni Mitchell, John Cameron Mitchell and Ace of Base, Rod's music is both dream-like and club friendly. Named "the boy Robyn in all but name" by NME, his dancefloor appeal and strong pop sensibilities have been noted. Even at its most club-friendly, each of Rod's songs has heart and soul, as lyrics, melody and harmony are key, so whether listening to the dark house beats of 'Good Luck' or the soft-synth and string laded pop of 'I Wish We Were Leaving', his duet with Elton John, each song has a story to tell.

DJ Times calls his music 'Cinematic glorious euphoria" - fitting for an artist taking his name from Gremlins, his favourite 80s film. And while his name and influences nod to nostalgia and his upbringing, his music is focused on the now. 'Life Is Easy', his UK and US charting album, is centred around making the most of what you have, and living in the moment - a message that has resonated profoundly with Elton's fans on the world tour, with critics at The Guardian, Time Out, Billboard and Sunday Times Culture, to name but a few, and with DJs at Radio 1 and 2 who have embraced songs from the album. Recorded with collaborations with Sir Elton, Del Marquis of Scissor Sisters and The Invisible Men (Rita Ora, Iggy Azalea) and Ian Masterson (Belinda Carlisle, Dannii Minogue), it lushly combines dance beats and pop textures with harmonies, chorals and piano to create its uplifting and immersive world.

While life may not always be easy, Rod's transition from busker to world-touring artist endorsed by some of his own favourite artists shows that while it certainly isn't simple, with hard work and the right attitude, the future can be very bright indeed.

"The boy Robyn in all but name" - NME

@Habersville1 Nope none of those are 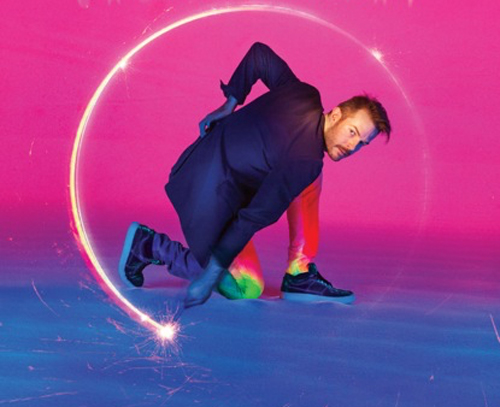