“I have always wanted to make this record.” - Chris Isaak

Yes, after more than a quarter of a century into his career, Chris Isaak has finally created the album he’s always wanted to make. Beyond the Sun, Isaak’s first Vanguard Records release out Oct. 18 —is truly a labor of love. As a child spinning his parents 45s in their Stockton, California home, this deeply committed artist has been obsessed with the glory days of Memphis’ Sun Studio and the visionary artists who got their starts there—including Elvis Presley, Johnny Cash, Roy Orbison, Carl Perkins and Jerry Lee Lewis—all of them discovered and nurtured by the late, great Sun Records founder Sam Phillips.

Now, at long last, Isaak has acted on this lifelong obsession, magically recapturing the transformative hepcat brilliance of the classic sides cut by these greats at Sun with Phillips during the mid-’50s, while also getting down to the heart and soul of his own deeply rooted musical identity. Beyond the Sun will be available in both the 14-song standard set as well as a double album version that includes an additional 11 tracks.

“I did this because I love this music—that’s the entire reason,” Isaak explains, advising, “you gotta listen to the original ones—they’re classics – they’re awesome but you can have fun with them. These guys discovered this music for us and we had to rediscover it. There’s no way to do it exactly like they did it, so you’ve gotta give a little bit of your own take on it.”

Considering how unmistakably Isaak’s own music has been inspired by that of the Sun greats, particularly Presley and Orbison, the obvious question is, what took him so long? “When I started making music, I thought that if I do those songs, where do I go from there?” he says. “I wanted to make sure I found my own sound and established who I was. But I always loved that music and I wrote songs in that spirit. You can go through all my songs and you won’t find one reference to goin’ to the bop. They’re about my life, not about nostalgia for the ’50s. I came to a point where I felt like the time was right to do this record. I’d met all my heroes and worked with most of them, and I didn’t hear anybody else doing it the way I wanted to do it.”

Isaak knew he had to bring his band to Sun Studio for part of the recording process for his new album. After all, it’s where all his heroes got their start. Besides, Sun Studio was founded by another one of his long time idols, the late great Sam Phillips. Remarked Chris, “I remember getting a copy of Oxford American Magazine about Sam Philips, the guy who pretty much got rock and roll going…without Sam, and Sun Studio, I don’t think we would have rock and roll. He’s a bonafide genius, one of those guys who looks and sees how things are going to be, only he is fifty or a hundred years ahead of his time. He found Elvis. He found Carl Perkins, Johnny Cash, Roy Orbison and Jerry Lee Lewis…he recorded Howlin’ Wolf and BB King. To have built the studio in the middle of Memphis way back when, to set up your recorder, and to have found ALL those singers…and get those amazing performances…he was really way out there on his own.”

Isaak is joined on the record by his longtime band—bass player Rowland Salley and drummer Kenney Dale Johnson, who’ve been with him from the start, guitarist Hershel Yatovitz, pianist Scott Plunkett, and percussionist Rafael Padilla—and it turns out every one of these skilled musicians shares Chris’ passion for the Sun sound, along with a rarified feel for playing it.

“There’s just something about my band that was really right for it, because they all love that kind of music” Isaak points out. “I’ll tell you somethin’: everybody thinks early country is easy to play. It’s not easy. It’s just as hard to play as, like, abstract jazz fusion or anything else. It’s got a feel, and if you get the feel wrong, everything’s wrong. And I don’t think you could find a better rhythm section than mine for playing this music anywhere. Kenney is the shuffle king. And on top of that, Scotty, my piano player, just nailed this stuff. I really don’t think there’s anybody who could play it any better.”

Elvis is heavily represented on this handpicked collection, with “Trying to Get to You.” “I Forgot to Remember to Forget”, “Can’t Help Falling in Love”, “How’s the World Treating You”, “It’s Now or Never”, “She’s Not You” and “My Happiness” – the first song Elvis ever recorded. Isaak opens the set with Cash’s “Ring of Fire”, and later offers his take on “I Walk the Line.” He wails his way through Jerry Lee’s “Great Balls of Fire”, revisits Orbison’s “So Long I'm Gone”, and heats up Perkins’ “Dixie Fried.” The standard set is rounded out by a blistering rendition of “Miss Pearl” by the nearly forgotten Sun artist Jimmy Wages. The second disc, which starts out with the one-two punch of Presley’s “My Baby Left Me” and Orbison’s “Pretty Woman”, also contains the treasure “Everybody’s In The Mood” by Howlin’ Wolf. Clearly, this guy knows the Sun catalog inside out.

To say Chris and his bandmates hit the bull’s-eye on these tunes would be a gross understatement. One of the most stunning moments occurs at the end of “It’s Now or Never”, on which Elvis hit an impossible note with all of his prodigious vocal power. On the new version, Isaak seems to back off from the big moment, but then he pauses for dramatic effect before powering up to the top of his range and tearing the roof off the sucker. “When you do a song like that one, you can’t leave out the guns,” he explains with a wry smile. Fact is, there isn’t a moment on this record that doesn’t feel immediate as well as authentic.

Both before and during the sessions, Isaak was inspired to pen some original tunes in the spirit of these sacred texts. One of them is “Live It Up”, which could easily be mistaken for some just-discovered Rick Nelson gem from 1957, complete with James Burton-style kickass guitar licks. It’s hardly surprising that this wild-haired rocker was chosen as Beyond the Sun’s first single. “When we were doing the record, I kept learning things,” says Chris. “For instance, nothing on those early records has a rock beat—it’s all shuffle and stripper beat. I wrote ‘Live it Up’ to put a rock beat on the record, so that that beat too is represented.” The second disc contains another Isaak composition, “Lovely Loretta”.

In his amusing and informative liner notes, Isaak provides plenty of detail about the project. “After making a lot of records of my own, I finally got to make this album of all the tunes I have been singing and playing at practices and soundchecks and in my house all these years,” he writes “I took the band to Memphis to record at Sun Studio; it’s still a recording studio and it is an AMAZING room! We recorded in the late afternoon and stayed up ‘til way too late and we had a ball! We played, not worked...we really went for the style of recording that was used on those records early on. We were all playing in the room together, nobody had any headphones, we just listened to each other and went for it. We cut way more music than we intended...we just couldn’t and didn’t want to stop. It’s the most fun I ever had making a record.”

The fun began as soon as they entered the lobby of Sun Studio and came face to face with Roland Janes, who’d played guitar on countless Sun recordings, including Jerry Lee’s. “We almost didn’t get into the studio,” says Chris. “We walked in and Roland Janes was on the phone. Rowland Salley comes up to him and says, ‘Hi, I’m Rowland,’ and Roland Janes says, ‘Just a second; there’s another Rowland here—I’m gonna have to drive him out.’ We thought, oh, man, he’s in a bad mood—he’s not gonna let us in. But we had this little white Maltese terrier with us, and he said, ‘Is this dog yours?’ We go, ‘Yeah,’ and he goes, ‘Come on in, as long as you’re with him.’”

Isaak’s longstanding desire to musically salute his inspirations was intensified when at the end of the very same Oxford American article the interviewer asked Sam what new artists he listened to…His response blew Chris away. “I don’t keep up with the business like I used to,” said Phillips, “but I love to listen to Chris Isaak. He’s very talented, and his music is so damned honest. It’s incredible”. “I fell out of my chair when he said that. I had no idea he even knew who I was,” said Chris. ”It just felt like all that music that I had grown up listening to had all come full circle…I think it meant more to me than any gold record or award I ever received because Sam Phillips was really the thread that connected all that music that I had been loving all my life.”

That pretty much sealed the deal for this fervent Sun worshiper. Chris noted, “We called the record Beyond the Sun because the music starts at Sun Studio and just keeps growing and going. I think Mr. Phillips would have understood.”

See you in NOLA, @jazzfest! https://t.co/8b1CIBeRCy 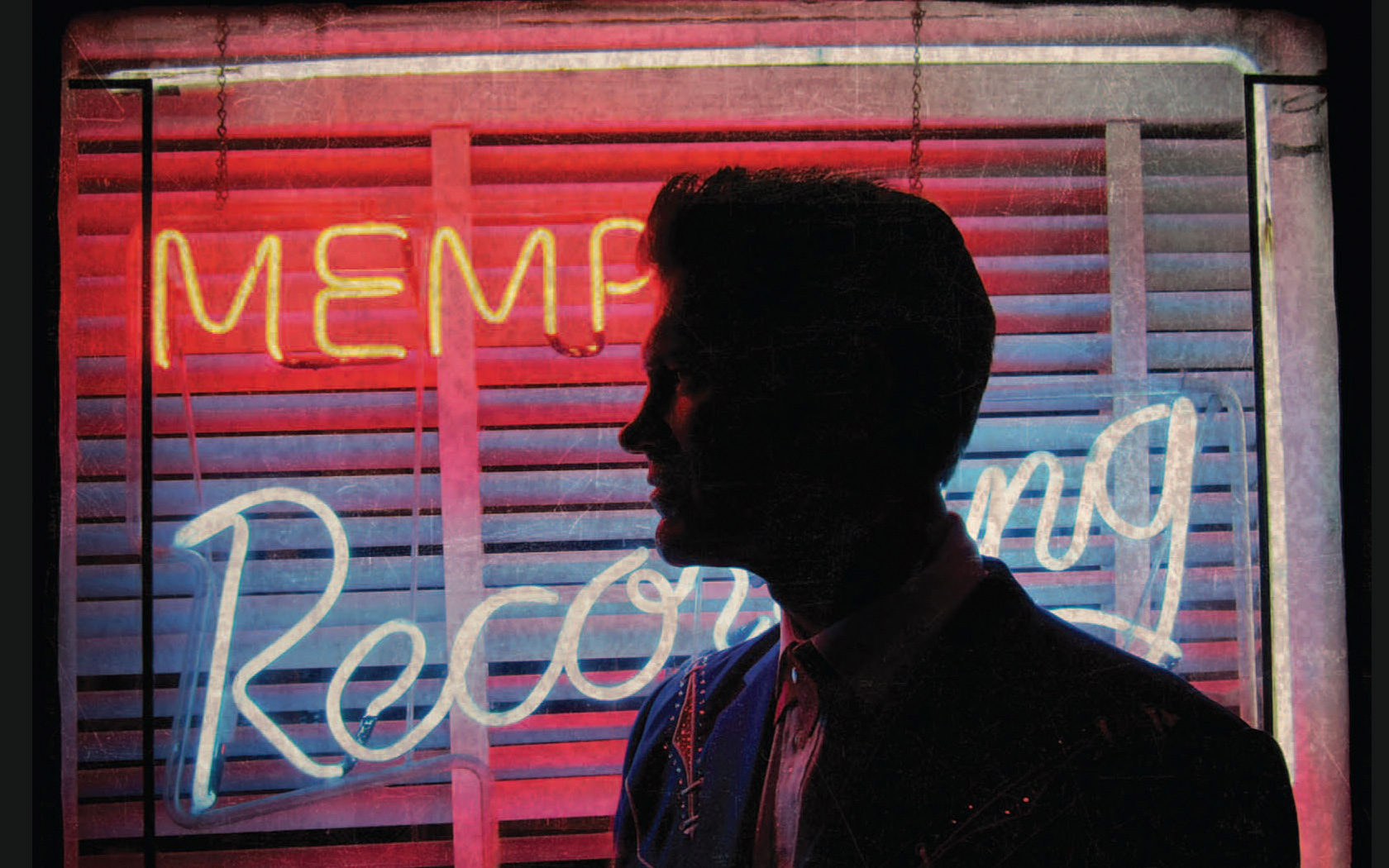