It’s long been a tradition when writing about Courteeners to portray them as plucky survivors persevering in the face of a cold, unforgiving media. That, or to dismiss them as a purely geographical phenomenon. A freak Mancunian flare-up whose appeal evaporates the minute they travel past the M60. Neither of these things are true….

In 2014, Courteeners stand on the brink of unveiling their fourth and - by some distance - greatest album. In the six years since they released their sharp and underrated debut St Jude – a pinpoint accurate portrayal of youth enjoying life – the band have been steadily rising. All their albums have gone Top 10 – St. Jude (no.4), Falcon (no.6), ANNA (no.6) - and the growth in their live shows has been exponential and astonishing.

Just to take one example, on the 5th and 6th July last year, the band played two nights at the Castlefield Bowl, Manchester. They sold all 16,000 tickets in a day. In fact, they sold 100, 000 tickets in 2013 alone, also selling out Manchester Arena and Brixton Academy in the process. This time round – before the album’s even been heard by anyone outside the band’s inner circle– they find themselves headlining the Radio 1/NME Stage at this year’s Reading and Leeds Festival and handpicked to support The Killers at their 40, 000 capacity Glasgow Summer Sessions show on August 19th. The momentum is with them.

And the reason? Well, that’s when we need to turn our attention to the band’s singer and sole songwriter Liam James Fray. A riot of contradictions – romantic, sensitive, brash yet self-doubting – it’s his songwriting, an acute observation of how life is mostly lived, that has fuelled the band’s longevity, striking a resounding chord with an increasing large bandwidth of people across the country.

“Right from St Jude, everything was about how I was feeling,” explains Fray. “I did feel frustrated, stuck in a rut. But, I was full of ideas, watching the world go by outside, wondering if music could take me further than work, eat, club, sleep (a bit) die etc, I did seek escape from that life and I wrote about that. It wasn’t a formula. I wasn’t hell bent on capturing the abstract at 21. I wanted to focus on what was real. My world. Other people’s worlds. It’s what I knew. It’s what I grew up on. Pulp, Stephen Fretwell - they wrote about real life with frustration, heart and with humour.”

Concrete Love continues down that path. It radiates a confidence that’s perhaps best summed-up by the album’s two greatest moments, both of which are totally different to anything the band has attempted before.

Summer comes totally from leftfield, a joyous Beach Boys-eseque slice of perfect pop driven forward by a hypnotic, leaping riff. It’s a pure pop moment and all the more thrilling for it. It’s matched for freshness and ambition by Dreamers – a five minute epic that’s the perfect encapsulation of Fray’s outlook. It’s an atmospheric call to arms shot through with acute observation on the charts and underscored with a vibrant romantic sensibility. “The charts are full of cartoons and lawyers having a gap year before choosing their employers/But what about my life/Who is singing about that?” laments Fray, before a euphoric chorus bursts through. “Dreamers and writers/Risk takers and fighters….Come on and unite us”.

This new sense of musical sure-footedness is partly attributable to Fray’s relationship with producer Joe Cross. “Musically it was very liberating because we were creating in so many different ways. He gave me new confidence with my voice, I’ve never really had that before. I wasn’t forcing it, I was singing” laughs Fray.

“It was the most free I’ve ever felt in the studio, we were experimenting all the time, different people popping in and out at all hours of the day and night. Working with members of the BBC Manchester Philharmonic Orchestra and Manchester Ladies Choir really lifted the place and pushed us on….”

“The challenge, and the fun, is myself and Joe getting some of the songs - which often start from a folky perspective, on the acoustic or the piano to a point where I can channel my inner -Nick Zinner. I want them to sound big. It’s exhilarating feeling them grow. There are elements of Motown, UNKLE, Simon and Garfunkel!”

“St. Jude was punk and brash and exciting,” clarifies Fray, “but Falcon and Anna were totally different from that. I wanted us to push ourselves. When I listen to our music, I don’t hear any of the groups that we’re often associated with.”

To that end, the writing process for Concrete Love found Fray decamped to Paris. Starting in October last year, he spent three months writing and recording in the Montmartre (for a historical precedent Echo And The Bunnymen did the same thing when they were searching for the spark and inspiration for the extreme otherness of Ocean Rain).

It was a time spent walking the city seeking out new experience and something of that city’s nocturnal allure permeates the grooves of the new record. Having said that, it should be noted that the Gallic sojourn was followed up by sessions in a wholly different romantic setting - Whitby, then finally, homeward bound, in Ancoats.

The thing easily missed about Courteeners is that they might be earthed in the experiences of growing up in and around Manchester but there’s a tension in their music that comes from a desire and a fascination with breaking out of that.

It’s at the heart of what makes them such an interesting, contradictory group. With Concrete Love, it feels like they’ve finally got the balance right. It’s their most rounded and satisfying album to date and it coincides with a moment when they’re nearing the peak of their live powers.

That’s as good as summation as any. For Courteeners, it finally feels like their time has come. 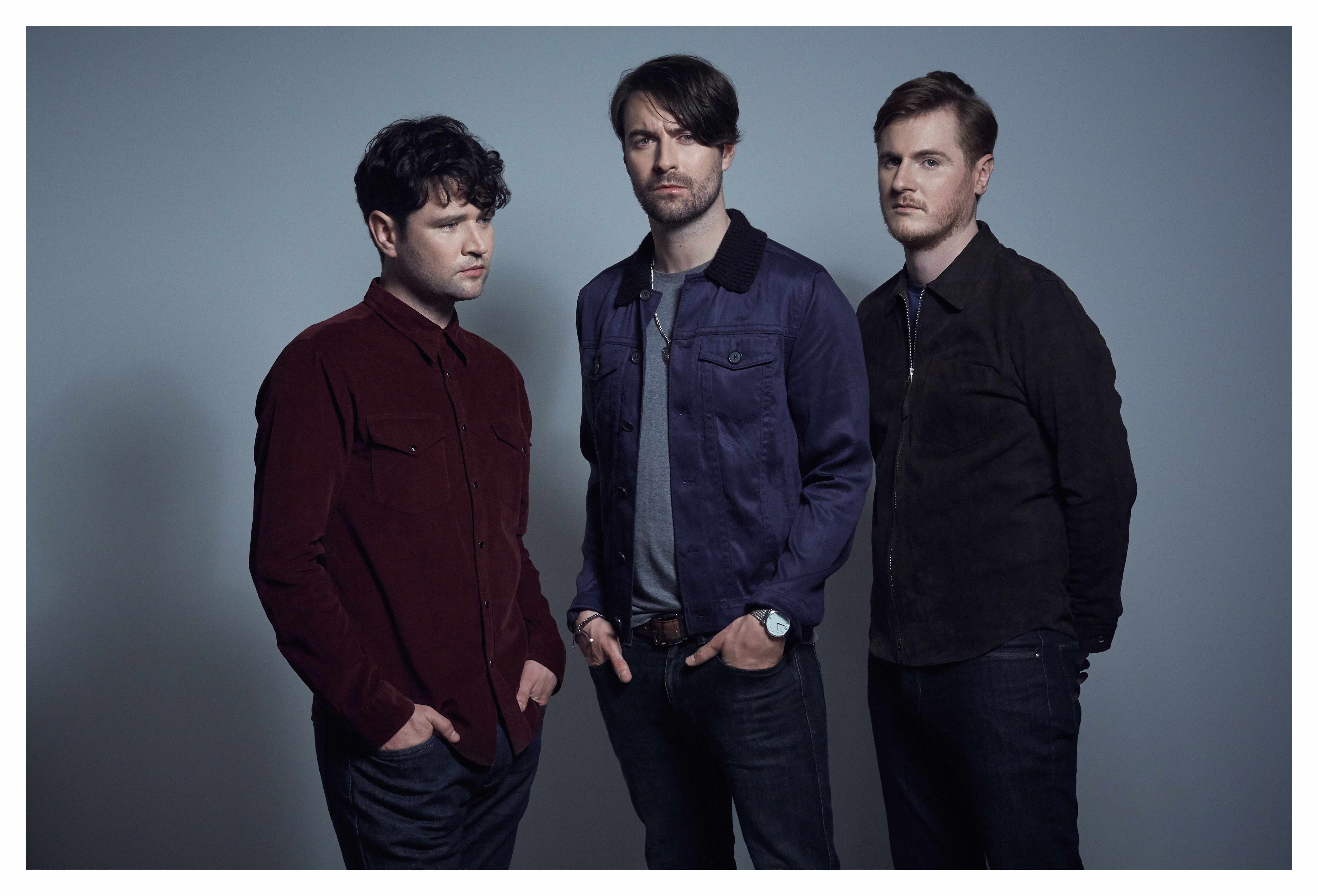