As a songwriter and vocalist, Doe Paoro seeks to both uplift and unsettle, creating a catalyst for renewal as well as release.

The follow-up to her 2012 debut Slow to Love—an album praised for its stark production and a raw but ethereal vocal performance shaped by Doe’s studying of Tibetan folk opera—After maintains its predecessor’s soulful intensity but unfolds into a far more sprawling, finely textured sound.

Working in close collaboration with producers Sean Carey (drummer/supporting vocalist for Bon Iver) and BJ Burton (a musician/producer/engineer whose past credits include POLIÇA, Sylvan Esso, The Tallest Man On Earth and Volcano Choir), the New York-bred, L.A.-based artist deepens her musical repertoire and dreams up a hybrid of R&B, synth-pop, and indie-leaning electro that’s rooted in earthy minimalism. “I’m used to just having a piano and working with that,” says Doe, “but with this album we built an entire world with the sonics alone.”

Vast yet intimate, hypnotic yet electrifying, After plays with time, space, and mood to provide an ever-changing backdrop for Doe’s exploration of the album’s often-painful subject matter. “A lot of the songs come from a feeling of loss and the reflection that happens when you realize something’s ended,” says Doe, who co-wrote most of After with songwriters such as Peter Morén of Peter Bjorn and John. “It’s a lot of reckoning with regret, but at the same time there’s a feeling of surrender.”

On After’s epic opening number “Traveling,” Doe confronts the conflict between pursuing an untethered life and longing for a sense of home, her powerfully tender vocals meeting with chilling synth as she delivers lines like “I wanted solitude and that’s what I got/Now I’m a living island with only one thought:/Maybe I was wrong.” From there, the album moves on to examine the suffocating and self-denying effect of rehashing the past (on the propulsive, beat-heavy “Nostalgia”), the trappings of projecting old fears and ideals onto a new relationship (on the warm and wistful piano ballad “Outlines”), and the futility of dwelling on possible outcomes of a finished situation (on “Hypotheticals,” a darkly charged but shimmering piece of electro-pop). And with the piano-driven and gorgeously sparse “Wake Up In Nowhere,” After closes out by returning to the question of home and reaching a new understanding that, as Doe explains, “your home is within you, it’s wherever you find your peace.”

Throughout After, Doe also touches on the ecological concerns close to her heart, instilling such tracks with a passion and sense of personal stake that makes her message all the more potent. The groove-laced and gospel-inspired “Growth/Decay,” for instance, ruminates on the notion that change fuels all life, with the chorus putting out the call to “Cycle to the light or fade away.” And on the moody and melancholy “Walking Backwards,” Doe takes on the role of both soul songstress and poet, weaving in beautifully spooky images of cigarette ash raining from the sky and of withering, soil-starved trees that “take off their clothes as they lay down on the road.” “That song first came to me when I was walking around Brooklyn and just feeling hit by how bad the Earth was hurting, and how that’s reflected in the way people treat themselves,” says Doe. “It’s about how we take so much for granted and really have a lot of work to do.”

For Doe, the work of bringing her music to life began after a year of solo traveling that included four months in India, along with time in Egypt and Greece. A Syracuse, New York, native who made and self-released her own album at age 15, Doe had spent several years playing in a Brooklyn-based band before deciding to quit music altogether and become a certified yoga teacher. But upon returning to Brooklyn, Doe found herself overcome by an undeniable surge of creativity. “I’d spent the year not creating, and when I got back all these songs just came really naturally to me,” she says. Soon after making and releasing Slow to Love, Doe headed to Sweden to start working on songs for her second album. “I wrote a good chunk of After in the height of Swedish winter, when there’s about four hours of sunlight per day,” she says. “It was an oddly fertile time for me, but in a way it makes sense—when there’s no sun and no distractions, you can just go into your cave and write and come out with something new every day. All that darkness allowed me to get very internal.”

In early 2013, with a new batch of songs ready to be recorded, Doe reached out to Bon Iver leader Justin Vernon on a whim to see if he'd be interested in contributing to the new music in some way. “I didn’t know Justin at the time, but I sent out an email and his manager got back to me,” she says. Vernon ended up mixing one of the tracks, and from there, a relationship with the extended Bon Iver-family blossomed with Carey and Burton taking the reins to co-produce After. Production started in November 2013 at April Base (an old west-central Wisconsin ranch house that Vernon converted into a studio). “The studio’s got all these rooms with bunk beds, so we’d work until 3 a.m., sleep there, wake up and do it all over again the next day,” says Doe. “We sort of went into the timeless place, which I think you can really hear on the album.”

In releasing After—and in her songwriting moving forward—one of Doe’s central ambitions is to offer up music with an unconventional, more challenging approach to universal themes like love and loss. “There’s an assumption that pop music needs to be dumbed down,” she says. “But I think pop can be surprising and make you uncomfortable sometimes. It can ask you to think about something you hadn’t considered before, and maybe awaken a place in yourself that you hadn’t been giving attention to.” And in creating After and sharing the album with the world, Doe hopes the effect of that awakening is ultimately both inspiring and healing. “For me, making music helps me move through my own experiences and come out with a better understanding of them,” she says. “Maybe that resonates with other people too.” 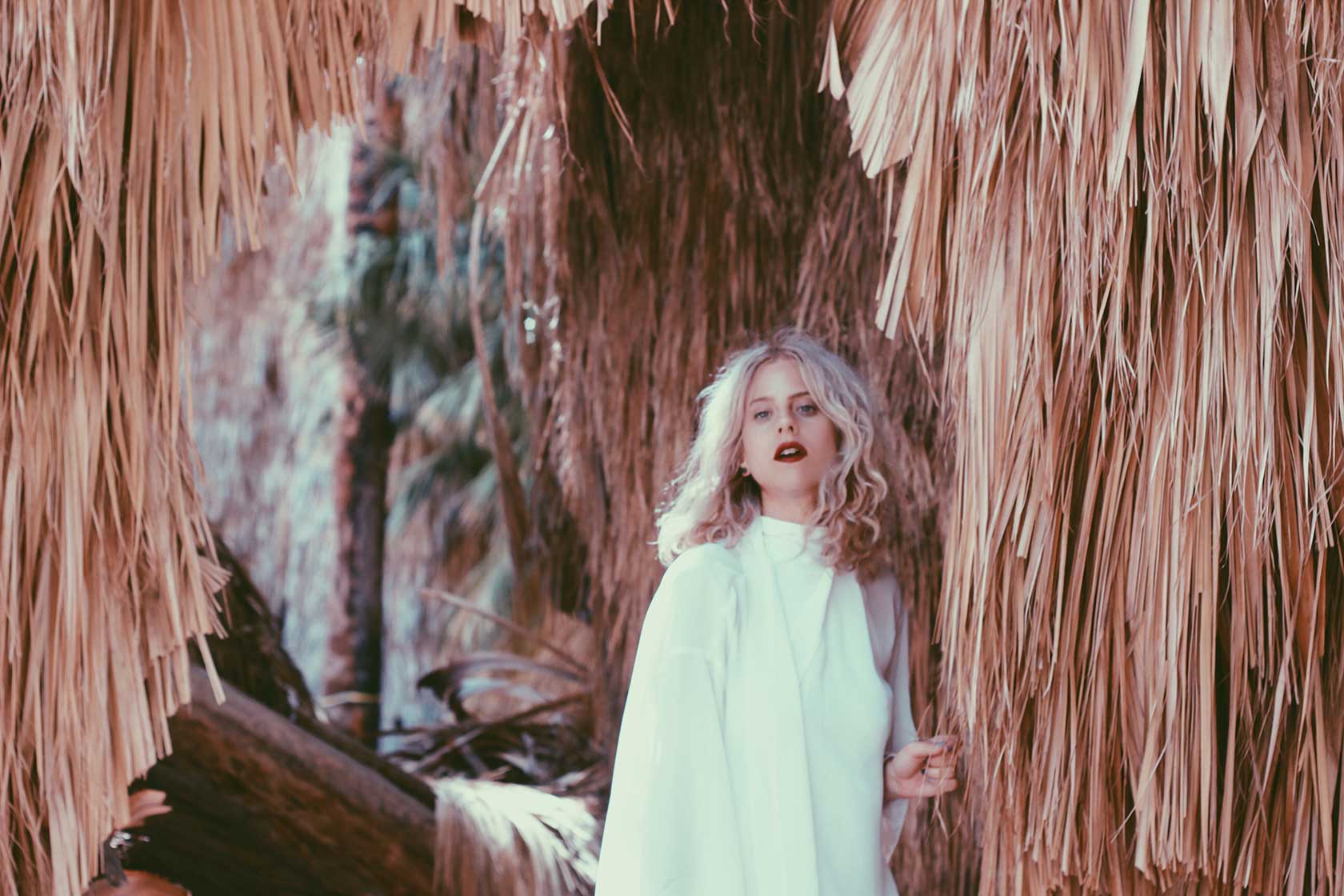