Fatherson know all about the slow build.

It’s there in the band’s backstory – they’re young men, barely into their twenties, but their tale together is old, stretching back into a shared childhood. And it’s there in the trio’s music – beautiful, emotional, uplifting, well-wrought songs that take their time to do their magic. Songs that know you don’t need a rush and a push and the chorus is ours. That you don’t have to try so hard to move the masses. If you mean it, they will come.

So Fatherson have been striking a resonant chord with crowds at home in Scotland these past three, four years. Two singles (‘Mine For Me’ and ‘I Like Not Knowing’) secured national support and airplay from Radio 1’s Huw Stephens, Zane Lowe and Greg James. They were from the 2014 band’s self-released debut album, ‘I Am An Island’ and there was an unexpectedly packed-out show in the 12,000-capacity King Tut’s tent at T In The Park. In November 2015 the band launched the first single ‘Always’ taken from second album ‘Open Book’ (due summer 2016), securing further support at Radio 1, Radio X (Shock of the New) and Absolute amongst others.

Further afield, the school friends from smalltown Ayrshire have played in the UK and Europe with Idlewild, Twin Atlantic , Lonely The Brave, We Were Promised Jetpacks, Enter Shikari, Frightened Rabbit. They also travelled to SXSW last year where they gained more support from fans and critics alike (Wired magazine said they were one of 10 bands about to blow up at SXSW). They also recently completed a comprehensive UK tour with Prides, their music mining an emotional and energetic hinterland somewhere in between those bands. And along the way Ross Leighton (guitars/vocals), Marc Strain (bass) and Greg Walkinshaw (drums), 23 years old to a man, have gathered fans and gathered momentum.

“The main thing you always get from people is their passionate interpretations of Ross’s lyrics,” says Strain. They get quite a close emotional attachment for completely different reasons.”

“Which is incredible,” shrugs a grateful Leighton, the band’s principal songwriter. “It’s daft that people even listen to your tunes, never mind dive so deeply into them. This guy came up to me two weeks ago and showed me all these photos of how he’d proposed to his girlfriend – and in the background were images of loads of our lyrics. There’s things like that all over YouTube,” he adds with a shake of the head that’s part gratitude, part embarrassment. “People making these emotional videos using our tunes as the soundtrack. People take something from the songs that they were never purposefully designed to have. But if they take solace in the songs, that’s great. Or even,” Leighton says with a laugh, “if they hate them, at least they’ve got a strong reaction. And that’s good enough for me.”

“Maybe that’s why things for the band have just grown and grown – albeit slowly,” chips in Walkinshaw with a smile. “People are still discovering us.”

But it is all there to discover. That emotional connection fans seem to unavoidably forge with Fatherson is partly reflected in the title of their second album. ‘Open Book’ is a soaring, heartfelt collection of songs, and the first fruits of the Scottish trio’s new deal with major label indie imprint Easy Life/Sony RED (home to Lower Than Atlantis, Arcane Roots and Black Peaks). Recorded at Rockfield Studios in Wales with Bruce Rintoul (Twin Atlantic and Eliza and the Bear), it’s an album that is set fair to propel Fatherson from intense and intensive fanbase to extensive one.

Leighton, Strain and Walkinshaw have known each other since they were aged seven or eight. Moving to secondary school together, they found new toys.

“We learned how to play instruments 'cause we formed a band together, in first year at secondary school,” recalls Strain. “We were learning on the job from the start. Since then we’ve never not been doing the band. Since we were really young it was always the main priority.”

Then, relocating to Glasgow together to attend university, they stepped up a gear. The band took precedence over everything else.

“We’re really lucky that life has never got in the way,” acknowledges Leighton – although Strain’s tutors (he’s still not completed his degree) might take issue with that stance.

In 2015 the focus was on writing the songs that would comprise ‘Open Book’.

“I’ve got 600 voice memos on my phone,” says Leighton. “I sit down with a guitar for ten minutes and just vomit everything out. And then I listen to it and realise how depressing it is and try and make it a bit happier,” he grins. But that, he thinks, is how you should write songs. “For a lot of people, music is that bit of escapism and that bit of therapy. And if you don’t write what you feel, you might as well not write at all.”

Some of ‘Open Book’s opening songs are already cornerstones of Fatherson’s live set. ‘Just Past The Point Of Breaking’ is rich with what Leighton sums up as “singalong chorus, weird verses, middle-eight that’s just a bit topsy-turvey, and a big chorus at the end”. It’s followed by ‘Always’, the emphatic, turbulent, irresistible anthem that was released as a single to coincide with the band’s autumn UK tour with Prides.

“I had that drumbeat for ages,” says Walkinshaw, "and I’d banked it ’cause I really liked it. I’d tried it on a few tunes and it never worked. And it just forced its way onto this one.”

“Always is one of those songs that just happened,” says Leighton with another self-effacing shrug.

For polar opposite reasons, ‘Younger Days’ is an early stand-out, too. The empathetic ballad does what it says on the keys.

“I’d watched [Ray Charles biopic] Ray and I was inspired to write that on the piano,” says Leighton. “But in fact a lot of this record was written on the piano, then moved on to other instruments. I’ve never done that before.”

Then there’s ‘Forest’, another immediate fan favourite, its towering chorus begging to be bellowed by an impassioned, moved audience: “Can you hear me calling in the forest? Can you hear me screaming my lungs out? You know that I’m here for you…”

Rounding off ‘Open Book’ is ‘Chasing Ghosts’. It starts, appropriately, as a spectral, folk-hued tune, moves on via heartbeat drums and brothers-in-arms harmonies, and hits the emotive peak with stirring strings and Leighton’s soulfully admitting he’s “opening up here…”

“It embodies the sentiments of the whole album,” the frontman concludes. “’Open Book’ takes you on a few twists and turns, and ends up somewhere fragile and simple and plain.”

It’s the kind of honesty Fatherson’s fans have to come to expect, and to relish. It’s the emotive climax to an album that pulls the listener close and pushes the musician/listener kinship. It is, ultimately, the slow build – to something great, to something resonant, personal and powerful.

In the end, Marc Strain smartly isolates the strength within and around Fatherson: “I wouldn’t be in a band if it wasn’t this one…”

…while Greg Walkinshaw unwittingly identifies the almost telepathic connection between these lifelong friends that gives their music its emotive punch: “I don’t think I’d know how to be in a band with anyone else…”

…and Ross Leighton tries to make sense of the magic that occurs between this band, their music and their fans: “If you build a family around what you do, that seems to carry you along. I don’t want to be a rock star. I just want to sing tunes that are meaningful to us, and to people that need something meaningful. That’s all it should be.”

We’re pleased to be involved in the @FruitTreeMusic @LottaRoadies album, helping to raise funds for Scottish tourin… https://t.co/Su6ESUF9z2 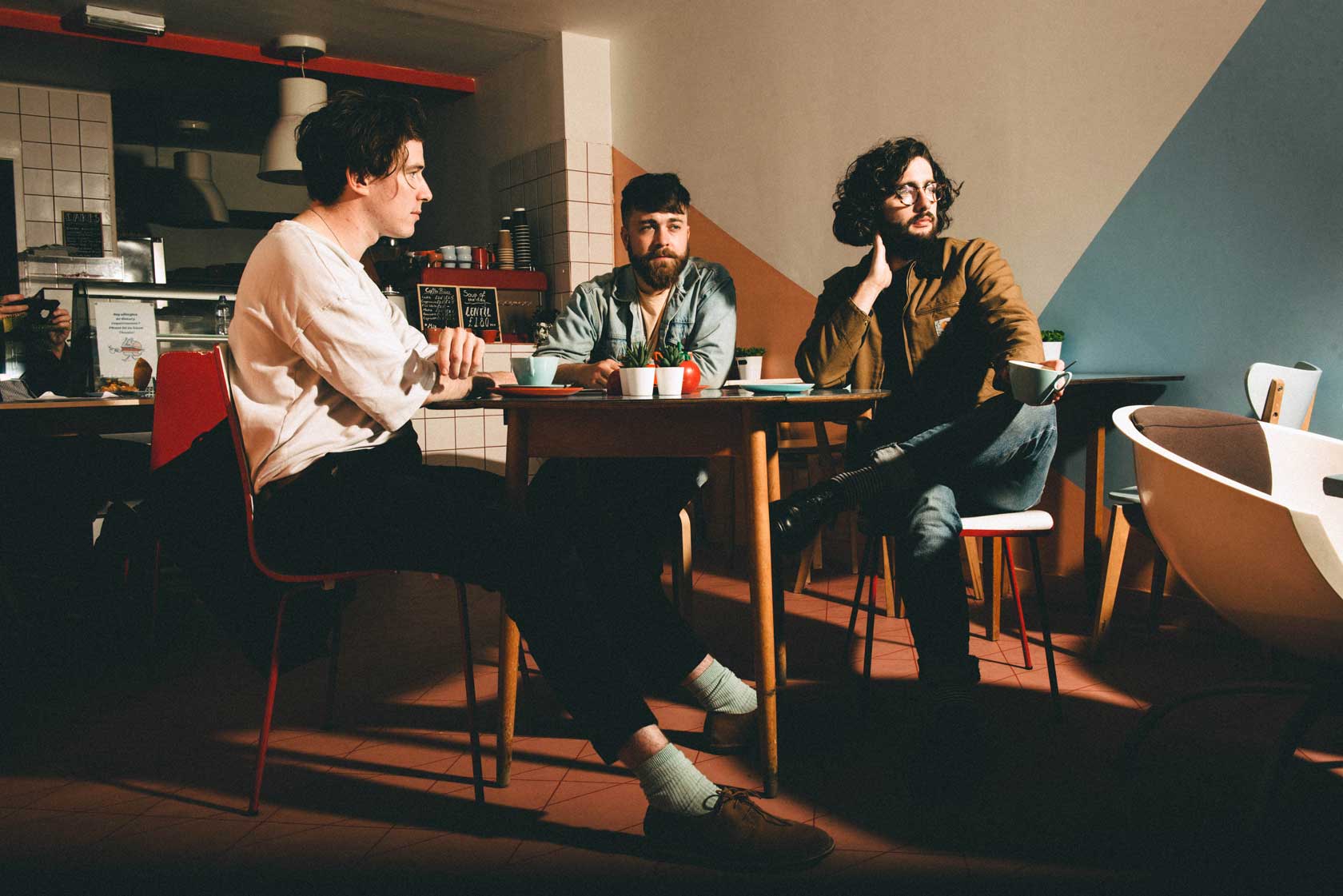 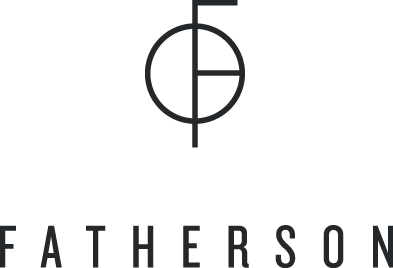