The bevy of sub-genres associated with heavy metal and hardcore punk have often given birth to one-off partnerships, guest appearances and duets, but rarely is there an entire band assembled with the primary purpose of getting in a room together to watch what happens when their respective creative muses danced, fucked or fought.

Fast friends Max Cavalera (Soulfly, Cavalera Conspiracy) and Greg Puciato (The Dillinger Escape Plan) spent a marathon three-day session in the desert together, working up over a dozen demos with the same drum machine and four-track recorder Max had used to work on Sepultura’s Chaos A.D., among others. After recruiting drummer Dave Elitch (ex-The Mars Volta) and bassist/vocalist Troy Sanders (Mastodon), Killer Be Killed became a real band in a small rehearsal room.

Following a batch of practices in Orange County in early 2013, the four guys reassembled at The Fortress in the fall under the watchful eye of producer Josh Wilbur (Lamb Of God, Gojira, Steve Earle) and collaborated on their debut album, with Cavalera, Sanders and Puciato bouncing lyrics and song titles off each other right there. The end result should inspire other heavy music makers to collaborate more often, in the community-minded spirit of jazz, hip-hop and other genres.   “This is a very special project. It’s a one of a kind thing, with a lot of potential,” asserts Cavalera. “The album is a mix of heavy, fast and melodic songs.”   “It’s a bit of Sabbath-y doom, a bit of thrash, a bit of hardcore and punk,” Puciato explains, searching for the right words to describe something defiantly unique.   Featuring lead vocal contributions and lyrics from Puciato, Cavalera and Sanders, the aggressive assemblage of songs run the gamut from percussive crowd-inciting brutality, jagged basement show style carnage and melodic, off-kilter hooks. Sanders described the band as “a perfect blend of a legend, a freak, a beast and a wookie.”

It’s delivered through a prism of metal history conjuring the raw aggression of early Sepultura rumblings like Morbid Visions and Schizophrenia with the increasingly progressive esoteric shamanistic approach of Mastodon and just a hint of the dissonance of The Dillinger Escape Plan. It’s a set of songs with more traditional structure than most of them are known to perform, underlined by a relentless drum performance from a master of precision, power and groove.   “I love the idea of Greg, Troy and I singing together, with David Elitch’s amazing drumming,” says Cavalera. “Being a part of this is something quite different for me.”   “There would be no point in doing this if it sounded the same as our other bands,” notes Puciato. “Of any of our bands, it sounds the furthest away from mine, mainly because Dillinger is [guitarist/founder] Ben [Weinman]’s expression, musically.”  MetalSucks placed Puciato at #1 on their list of the Top 25 Modern Metal Frontmen, but he also expresses himself through the dark electro-pop of The Black Queen, together with Nine Inch Nails touring guitarist Josh Eustis of Telefon Tel Aviv and Maynard James Keenan’s Puscifer. Puciato made a guest appearance in 2012 with Mixhell, the DJ project of Max’s brother, Sepultura co-founder Iggor Cavalera.  Max is no stranger to collaborations, of course, having invited multiple guests onto Sepultura’s genre-defining Roots and continued the tradition with the release of Soulfly’s gold-selling debut album in 1998. One such Soulfly guest, Chino Moreno, has often joined Puciato onstage with both The Dillinger Escape Plan and Deftones. Max was one-half of the incendiary Nailbomb, together with English record producer and Fudge Tunnel mastermind Alex Newport. The pair released one studio album in 1993 and performed a blistering set at the Dynamo Festival in 1995.  Killer Be Killed began when Max and Greg ran into each other at a Los Angeles benefit show for Chi Cheng, the late Deftones bassist who spent years in a semi-conscious state following a 2008 car accident. Puciato and Cavalera were guest performers at one of the benefits put on to raise money for medical expenses.

“After that, we did the song on Soulfly’s Omen and we jokingly talked about doing an entire album together, the way he had with Alex Newport,” Puciato explains. “But then we each sorta said to each other, ‘Hey, I’m not joking actually, unless you are?’ We eventually got together with some riffs we both had and wrote a bunch more material in a 72-hour blast out in the desert. We left with about 15 demos we made using the same drum machine and four track Max used working on Chaos A.D..”   Cognizant of the reputation both of them have cultivated after working with some of the world’s best drummers, Puciato called upon David Elitch, who had toured internationally with the mind-bendingly psychedelic group The Mars Volta. His expertise in everything from jazz to metal has led to live and studio collaborations with a diverse range of major artists including Justin Timberlake, French electronic wizards M83 and Norwegian singer-songwriter Susanne Sundfør.

Killer Be Killed has come together even as their main projects hit a collective stride: Max just released his ninth studio album with Soulfly, Savages, to many of the strongest reviews of his legendary career. The Dillinger Escape Plan’s One of Us is the Killer debuted at #1 on Billboard’s Hard Rock Album chart earlier this year. Mastodon’s most recent album, The Hunter, was Album Of The Year in Kerrang!, Metal Hammer, Rock Sound, Classic Rock, Terrorizer and Total Guitar in 2011.  Mastodon and The Dillinger Escape Plan have toured together many times. During one such tour, in late 2012, Puciato was telling Mastodon’s Troy Sanders about the project. Before too long, Sanders and Cavalera were meeting at a festival in South America for the first time: “Hey, I’m Troy. And I think we’re in a band together.”   The electric chemistry was apparent the first time they all assembled. “Having met, created and recorded an album together, this experience has easily exceeded my initial expectations,” says Sanders. “The collective energy and mutual respect for one another eased the entire process and has been very therapeutic for me.”   Killer Be Killed is the latest signing for Nuclear Blast Entertainment, the joint venture between Nuclear Blast Records founder Markus Staiger and massively influential ex-Roadrunner Records Senior VP of A&R Monte Conner, who has worked with Max Cavalera on 18 records, starting with 1989’s Beneath the Remains.

The debut album from Killer Be Killed is set for release in 2014. 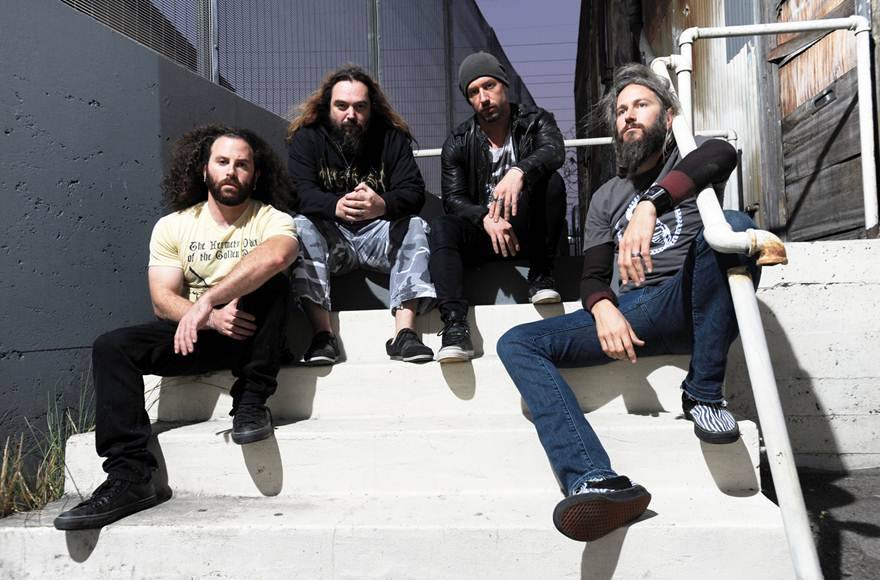