The unlikely combination of a Cambridge graduate, particle physicist and a local sailor make up the three legged didactic table that is Little Comets, proud descendants of the hue drenched hills of Newcastle-upon-Tyne, a northern city in the British Isles. Bearing a name picked at random from a list of others; Robert, Michael and Matthew create a lilting combination of deft percussive nuance and melodic shimmer, shrouded in a veil of abstract lyrics.

Starting out as an antidote to the problem of being unable to adequately express themselves in conversation, the group formed when brothers Robert and Michael chanced upon Matthew in the corner of a crowded room. Quickly eschewing the established methods of relentless gigging and label baiting, Little Comets chose instead to perform in the furtive surroundings of front rooms, trains, trams and university lecture halls – creating small pockets of rapt listeners who would return to see the band in more established concert venues.

“We had an idea of playing only to captive audiences,” says Robert. “People were forced to engage with our music in such a close environment, and it taught us a great deal about the measure of a song - how it could attach itself to a person that stands only an inch away. We’d play on any type of transport, during college classes or even in someone’s kitchen. If nothing else it allowed us to meet many different people in different cities – we’d often find that when we revisited these places we had a little community of recognisable faces that were already familiar with us.”

First single, One Night In October, came out in early 2010, bolstered by support from BBC Radio 1, and self-produced debut album, In Search of Elusive Little Comets, followed in February of 2011 fizzling with an air of ease and nonchalance. Venturing briefly into the States for SXSW, the band spent much of the following year touring before heading back to begin the process of making a second album.

With Michael once again expansively attached to production, Life is Elsewhere draws on a deeper musical alphabet than previous work, melding the quiet influence of “incidents, accidents, hints and allegations” with the more sleeve-worthy motions of Fleetwood Mac, Milan Kundera, Jonathan Safran Foer and Tracy Chapman.

“We wanted to make an album that was far more relevant to ourselves especially in a lyrical sense,” Rob says. “Serving the song with space and confidence was also an important consideration. Listening to classic albums really opened up our ears to the avoidance of diluting emotion with too many sounds – hopefully this album is a step in the right direction.”

Released during 2012 on UK label Dirty Hit, home of such luminaries as Benjamin Francis Leftwich and The 1975, Life is Elsewhere staunchly demonstrates the ability of Little Comets to blend vernacular and content - pairing propulsive beats with layered melodies in the vein of a more sedate Talking Heads or less conspicuous Vampire Weekend . The disc’s buoyant opener, A Little Opus, laments the shackles of old institutions in British society, whilst Violence Out Tonight, a portrait of sexual assault, trundles along deceptively encased in a chilling lyric (“she stalks the stolid streets debased, the ragged gape of alienation wipes the grief across her face… all this protracted by a state in which the poor conviction rate for rape can often leave a woman feeling more at blame than able”). Meanwhile, Jennifer is a whimsical description of an uncommunicative relationship, which steadfastly refuses to swerve from a chorus that encapsulates summer in musical form.

For Little Comets however, the album’s defining track is In Blue Music We Trust a personal addendum that thematically explores impending fatherhood and the simplistic beauty of familial attachment (“I see the kicks beneath her skin, elucidates my own being…”).

“This song used to be full of robust mistrust – an outpouring against everything we saw as vacuous,” Rob says. “We were propelled by disbelief and anger when playing it live. But the more we hear it, the more it becomes a song of positivity for us. We’re all people who are in stable relationships with babies and homes – we are exactly where we want to be. The fact we are fortunate enough to be able to express this in musical form is a beautiful thing.” 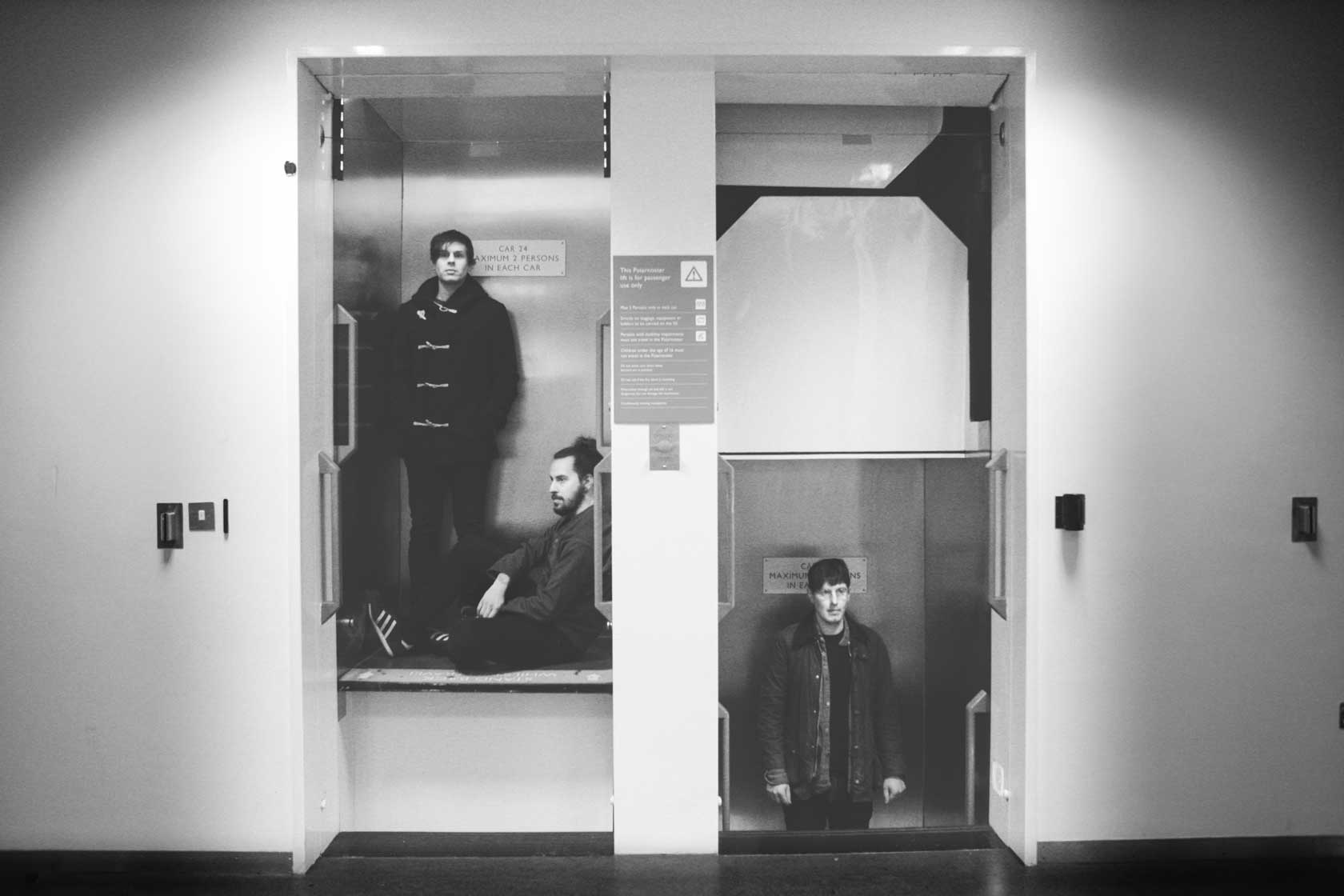