There are a lot of bands who claim to wear their hearts on their sleeves, but for Texan quartet Nothing More that sentiment could scarcely be more literal. “When we first started, we branded ourselves on the arm after each year of touring, so we’ve all got these scars now, reminding us of the commitment we made to each other,” confides frontman Jonny Hawkins.

Hailing from San Antonio, Nothing More is a four-headed musical hydra that runs on frenetic passion, unswerving DIY spirit and relentless sonic experimentation. Part schizoid System Of A Down weird-isms, part Mars Volta-esque prog rock freak out, part effortless pop nous, they seamlessly barrel from churning headbang to skyscraping chorus and back again in the blink of an eye. It's a gut-punching blend made all the more powerful by a keen lyrical sophistication and philosophical undertone which both belies their years and marks them out from their contemporaries.

Forming initially as Middle school kids whose aspirations were as serious then as they are now, Nothing More's early development took place against a backdrop of suburban boredom and rabid musical obsession. Having tasted the addictive elixir of rock 'n' roll the band realized they were at a crossroads when they reached college age. “Everyone was telling us to stay in school,” admits Hawkins “but for us that would have been settling. We decided that we had to ignore everyone's advice and totally dedicate ourselves to being in this band.”

And dedicate themselves they did. From fixing up their first tour van out of a derelict, raccoon infested RV to making their own stage rigs for their impassioned live show, the quartet literally built everything they have from the ground up. Those first tours, the ones that wrought the aforementioned scars, were formative in more ways than one. As the four young men saw and experienced more of the world, their spiritual and philosophical outlook began to evolve. “That period of growth was a real struggle for us individually and collectively,” confirms Hawkins “but it made us a lot more open to other ideas and gave us a deeper faith in our own instincts. I think that reflects in our music.”

“There's an old adage which goes 'If you want to go fast, go alone. If you want to go far, go together.' That is basically what we are about,” intones the singer. “It's not about us ramming our views on religion, or philosophy, or politics down anyone's throats - it's about providing the opportunity for people to explore things themselves and challenging their reality.”

That Nothing More have undergone a spiritual awakening of sorts ought not to distract from the fact that, in the live arena, they are absolute animals. Raw aggression crashing alongside precise riffing, thunderous bass and nigh on tribal percussion to jaw-dropping effect on a nightly basis. The dictionary definition of 'get in the van and play until you're dynamite live', they've grown through the grassroots by dripping blood sweat and tears across America, challenging the stereotypes of what you might think a band like this can incorporate into their show. Four way drum battles? Three members playing one bass guitar? These guys push the limits in more ways than one.

Nothing More are that rarest of things, a band with the heart, the soul, the brains and the guts to capture your heart and spark your mind. “We want to be a church for people who don't believe the things that churches believe,” concludes Hawkins. “We want to connect people and connect with people.” And what better way to do that than with uncompromising music built on uncompromised principles, fought for and earned the hard way. Nothing More? Accept nothing less. 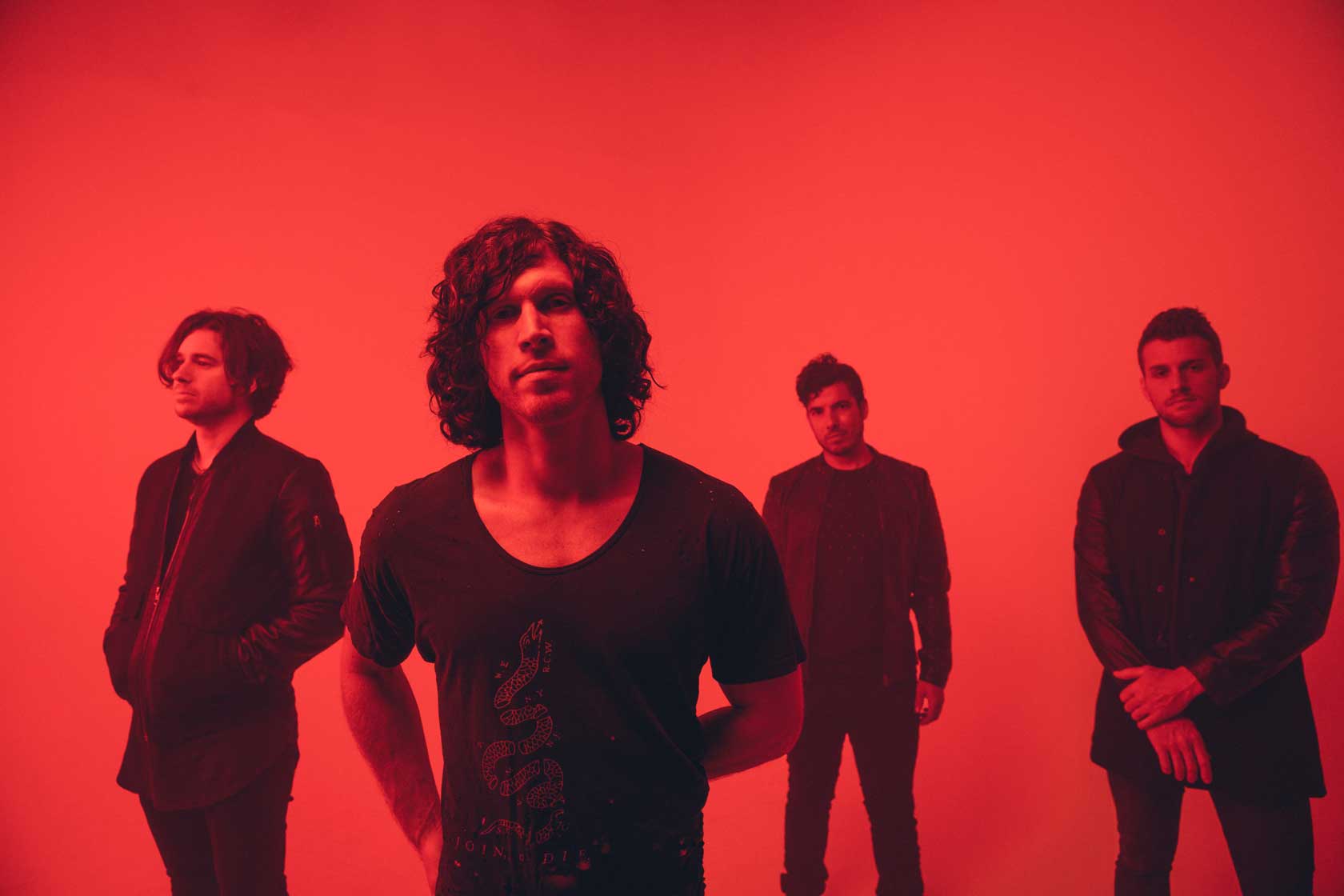