Manchester all-female three-piece PINS have announced the release of their second album ‘Wild Nights’. Recorded in Joshua Tree at Rancho De La Luna with Dave Catching (QOTSA, Eagles of Death Metal) and Hayden Scott, and mixed in New York with Ben Baptie at Atomic Sound NYC (Mark Ronson), ‘Wild Nights’ will be released through Bella Union on 8th June. The second single from the album, 'Young Girls', will also be released on 8th June.

In 2015 PINS have supported Sleater-Kinney, Drenge, Wire and Babes in Toyland, played The Great Escape, Dot to Dot and Gold Sounds festivals, and sold out their London headline show at the Lexington.

‘Young Girls’ is an upbeat yet disconcerting track about friendship, being young and the boredom of every day life, which features a prominent jangly surf rock guitar line throughout and Faith’s signature raspy vocal. The video, shot in the band’s hometown of Manchester, portrays the band stuck at home reliving the same days before escaping on a dark adventure.

Speaking about their second album, PINS say: “With 'Wild Nights' we didn't want to be bound to the sound of our first album. The albums were recorded years apart, and in 'Wild Nights' you can hear the new experiences, ambitions, and influences we've taken on. We have introduced new instruments, and stronger vocal harmonies - and have brought this through to our live performances.

“This album has the angsty energy of 'Girls Like Us', but with more detail and attention that came over time from growing together as musicians, and understanding ourselves better as women. 'Wild Nights' is a diary, complete with confessions and secrets – the album is a mixture of emotions. Like they say, 'When life gives you lemons, make lemonade'.”

‘Wild Nights’ is an 11-track record featuring songs such as the upbeat yet ethereal ‘Young Girls’, the frank and emotive ‘Everyone Says’ and the love song ‘Got It Bad’ to a track about the seedy underbelly of after-dark Manchester ‘House Of Love’ to ‘Curse These Dreams’, a song for dreamers about cursing having big ideals. ‘Wild Nights’ is a body of work that PINS are extremely proud of and is a record that has already created a great deal of excitement at their live shows after previewing tracks to fans.

The full album tracklisting is as follows:

Too Little Too Late

Accumulating high praise and a growing fanbase for their debut album ‘Girls Like Us’, along with packed out headline shows and tour dates supporting the likes of Sleater-Kinney, Drenge, Babes in Toyland, Crocodiles, Sleigh Bells, Warpaint, Wire, The Growlers and The Fall, tight-knit girl gang PINS have had quite a two years. 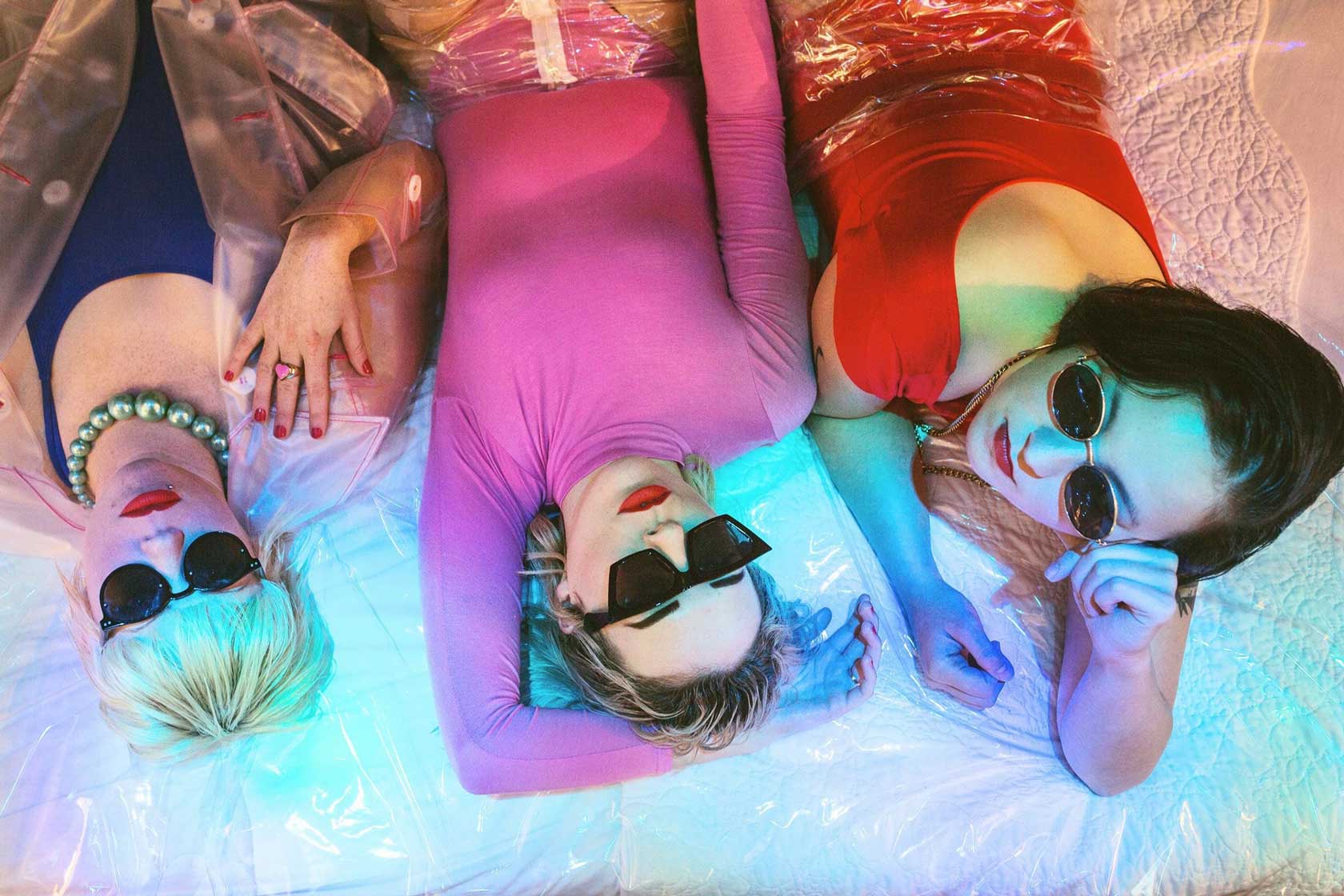