Their debut single ‘Pouring Rain’ gained more than a million streams on Spotify, under their own management. Their subtle rework (upon request of Studio Brussel) of alt-J’s ‘Matilda’ gained popularity faster than expected and was released as a successful second single.

Their rise in popularity didn’t go unnoticed and in 2018 Portland proudly teamed up with [PIAS]. The first result of this partnership was ‘Lucky Clover’, an emotional, dreamy and subtle piece of harmonic prose, whose greatest strength is the harmonies and interaction between front duo Jente Pironet and Sarah Pepels. The single got picked up on radio in Flanders, club shows sold out quickly and an invitation to play the two main Belgian summer festivals Rock Werchter and Pukkelpop festivals followed.

Gearing up to release their debut full length album in AB in November 2019, Portland released ‘Expectations’ in May. An epic and cathartic love song using lush strings, chimes, timpani, electronics and electric guitars to counter Jente and Sarah’s remarkable voices.

Portland has played The Great Escape in Brighton and Eurosonic in Groningen earlier this year. They are announced for Sonic Visions in Luxemburg. More TBA soon. 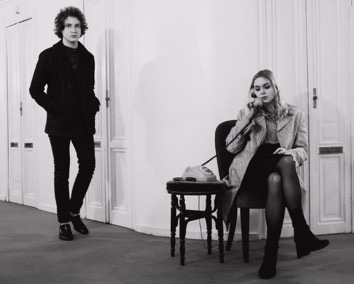