Merci is more than just Save Face’s debut full-length. The follow-up to Save Face’s first EP, 2016’s Folly, it’s also a highly thought-out concept album, part of what vocalist/guitarist Tyler Povanda calls an “ambitious multi-media art project.” Don’t be misled by that description, however. This record contains some of the most vital and immediate music you’ll hear all year, all of which combine to tell the compelling story of an addict. After a stint in rehab, the album’s protagonist Caleb feels himself slipping back into old drug habits and decides to leave his fiancée to spare ruining her life as he once again ruins his. “He has to make this choice,” explains Povanda, “of ‘If I do fall, not only am I going to bring myself down, but I’m also going to bring down this person that I love so much and who is pure good in my life.’ He has to question whether he can live with himself if he does that, and so makes the decision to leave. But in doing that, both of them end up in the hospital and they both die.”

It’s the tragic consequences of that decision which form the thematic core of this narrative, which takes place in France, hence the album’s title and three songs (“Merci”, “Pour” and “Rien” – “Thanks”, “For” and “Nothing”), and which provides these catchy-yet-off-kilter tracks with the dramatic tension that elevates them to being more than just songs. At a base level, the story was inspired by Povanda’s own break-up – “I thought what I was doing by ending the relationship was in both of our best interests,” he says, “but looking back, it wasn’t that black and white” – but this urgent, visceral, playful, indie-tinged album has been carefully crafted to tell a story that can be much bigger than that. “At the end of the day,” the singer says, “we’re a fucking rock band, but we’re also more than that. I’m a big fan of drama and theater – I love Broadway and Queen is my favorite band of all time – and we want to make diverse, multi-faceted art. It’s not just a bunch of songs. You can listen to them that way and if you like it that’s cool, but there’s more there if you want to go there. I think the biggest challenge is writing something that has merit in an artistic context while still palatable and digestible for an average listener. I want someone to put these songs on while they’re having a great day the same way they can listen to it while going through a crisis.”

That, perhaps, is the modus operandi of Merci: to maintain accessibility while not compromising artistically. You can listen to this record and follow that story from beginning to end, and let the narrative and the characters within it truly unfold and come alive, or just dip into certain scenes – whether that’s the visceral surge of first single “Bad” or the hook-filled desperation of “Blues”, the chugging, grunge-like insistence of “Jonesin’” or the forlorn and gentle melancholy of “Pour” – and lose yourself to that particular part of the song. To help, the band – which formed in 2012 and is completed by guitarist Phil McGarry, bassist Chris Aveta and drummer Chris Flannery – has made a video for each song, creating an extra dimension through which the tale is told. “I really want someone to be able to watch this album if they want to,” says Povanda. “Before this record, I’d written a lot of music, but it was all short EPs. I’d never tried to write a record. So this was very daunting and ambitious, but it’s also my statement as an artist – this is it, for me.”

While the drums, guitar and bass on this album were recorded at GCR Audio in Buffalo, NY – a studio that was taken over by John Rzeznik and Robby Takac of the Goo Goo Dolls in 2007 – by Jay Zubricky, Povanda recorded his vocals, as he did for Folly, at his parents’ home. That’s something very much in keeping with the DIY values that have driven the band since the beginning. Not only do they have a remarkable work ethic, touring nine months of every year, they’ve built reputation through sheer determination and hard work, and without relying on anybody else. As Povanda—who works full-time as a software developer even when on the road—explains, their management and label approached them, and it was after the band had self-funded the recording of Merci themselves that Epitaph just happened to approach them to see if they were working on a follow-up to Folly.

Whereas that EP confronted his own crippling social anxiety via a series of songs that saw Povanda personify his own negative personality traits – “It was about a break-up,” he says, “but with a lot of the things I felt were holding me back, like my anxieties” – this album’s main concern is with the idea of perspective. “It’s really about how there is no such thing as good or bad,” he says, “Everything is grey and mixed and your actions are going to have unintended consequences and that acting in the best interest for you or someone else doesn’t always end up being that. The real crux of it is that you can do what you think is best for someone but that can still end up still having a ton of adverse side effects, both on yourself and the other person.”

Suffice to say, Merci is an incredibly far-reaching, well thought-out and ambitious debut record. While Povanda neither drinks nor takes drugs due to his addictive personality, he spoke to a number of users and former users to make sure what he was writing accurately depiction of addiction. But he also delves deep into his own experiences with anxiety and medication, infusing them into the story. By doing so, he also continues the story he started telling on Folly. “It took until my senior year of college to start talking to a therapist about my anxiety and try medication,” he explains. “Folly was really about my anxiety, and that part of my life where I was seeing if medication could help. At this point, however, I’m in the process of getting off a medication because it has terrible withdrawal symptoms that are totally debilitating – and so there’s some of that on this record.”

Ultimately, all the members of Save Face want to do is make the most honest music they can and do it to the best of their abilities. To date, they’ve toured with the likes of The Menzingers, Boston Manor, A Will Away, Laura Stevenson, Hot Mulligan and Mom Jeans, and look set to continue their relentless life on the road for as long as possible. “I feel like I’ve been so lucky to get a platform for my art,” says Povanda, “that if I have something that I want to do and I hold back or compromise, I feel I’m doing a disservice to myself or the other artists who would take advantage of that platform. My only motivation is to create compelling art and get it in front of as many people as possible so they can feel something. We want to impact other people’s lives so our existence and purpose is greater than just serving ourselves.” 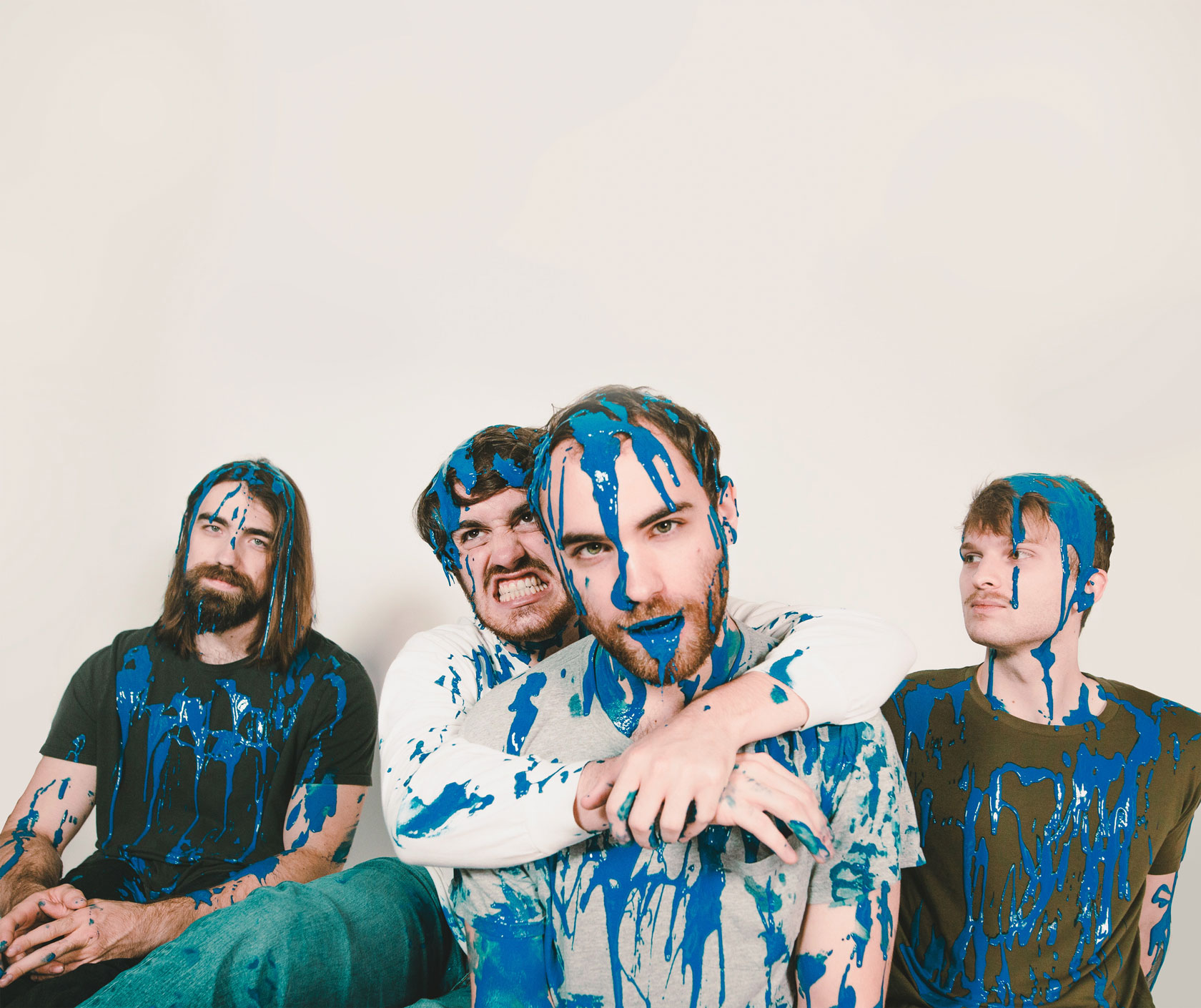