There’s a story Kyle Falconer tells that is particularly illustrative of he and his band, The View. In relating it he goes back to a day last summer.

He was entertaining his band mates performing handstands in the kitchen of his flat. He lost balance, he recalls with a cackle, toppled and crashed down into an open dishwasher, impaling his foot on a carving knife. Bassist Kieren Webster took a photo of the resulting injury. It is a close-up of Falconer’s left foot – the handle of the knife protruding from the ball, the blade buried three inches into it.

Here’s the deal. These days we bemoan the dearth of proper, death-or-glory, Devil-may-care rock’n’roll bands with tiresome regularity. Bands that exist for the thrill of living life to its fullest and that operate entirely on instinct. Well, The View is precisely that kind of band and they’ve been here all along. They don’t conform, don’t adhere to rules or make things easy on themselves. What they do is make music fired by passion and soul and joy.

The simple details of their story are these: school mates in Dundee, singer/guitarist Falconer, fellow songwriter Webster, guitarist Pete Reilly and drummer Steve Morrison formed the band in 2005. Within two years they’d torn up stages supporting the likes of Primal Scream and The Babyshambles and released a hugely successful debut album, Hats Off To The Buskers.

That debut fitted the post-Libertines music landscape of the time. The easy thing to do next would have been to stick to the formula. The View instead made a more challenging and diverse record called Which Bitch?, which ran a gamut from ramshackle folk-punk to sea shanties. After it, came the slick, sophisticated guitar pop of 2011’s Bread And Circuses. Great records both; but overlooked too – blame as much on the fact neither pandered to expectations, on a break down in relations between the band and their then record company, and perhaps too on the sheer wilfulness of The View themselves.

Now, a year older, and maybe a little wiser, The View are back with new label Cooking Vinyl and a new album, Cheeky For A Reason – recorded in Liverpool with producer Mike Crossey (Arctic Monkeys, Foals) and the best thing they’ve done.

Such are the basic facts. Better still ask Kyle Falconer why Which Bitch? was such a leap ahead and he’ll tell you: “Drink, man, copious amounts of drink. We were spending a fortune every day on every kind of alcohol and we thought we were geniuses. The greatest time ever.”

Or have him reflect on the intangible, transitory nature of success and he’ll say: “Chart positions? They genuinely don’t mean anything to me. We’ve never been in a band just to be in a band. It’s about creating something together, about keeping the dream alive.”

Or probe him on how and where it is that he writes his songs and he offers: “When I’m smashed and it’s whatever comes into my head. If I’m thinking about it – that’s when it goes to shite.”

Because Kyle Falconer is so much of what’s special about The View. Like the best pop stars he is a fascinating character – charming and complex and contrary. His eyes twinkle and yet still there seems something deep, dark and troubled just below his surface. One minute he will regale you with tales of misadventures in strip clubs and police cells. The next he’ll talk with disarming frankness about losing both his parents by the time he was 22 and how he’s suffered anxiety attacks ever since. Of which he concludes, with a what-can-you-do shrug: “I’ve been told it’s because I’m not taking care of what’s going on in my head.”

All this – the peaks and troughs, the highs and lows – is integral to the make up of Cheeky For A Reason. Its 12 tracks (nine by Falconer, three by Webster) represent a coming of age, a statement of intent. Be it Anfield Row – Webster’s hymn to the street in Dundee he grew up on – or The Clock, arguably Falconer’s best song yet, the whole is a record to sing along to, to take to heart and to cherish.

And at end, ask Kyle Falconer if whether, with all that has happened to him and his band en route to making it, he’s ever had pause to doubt in their freewheeling unpredictability or his own mercurial gift, and he doesn’t pause to answer. “Never,” he says firmly. “All I ever need is to see people dancing.”

@KierenWebster and his new band @Web_music__ have released their first single 'Haze' you can stream, download and p… https://t.co/9LYoz4Lb9K 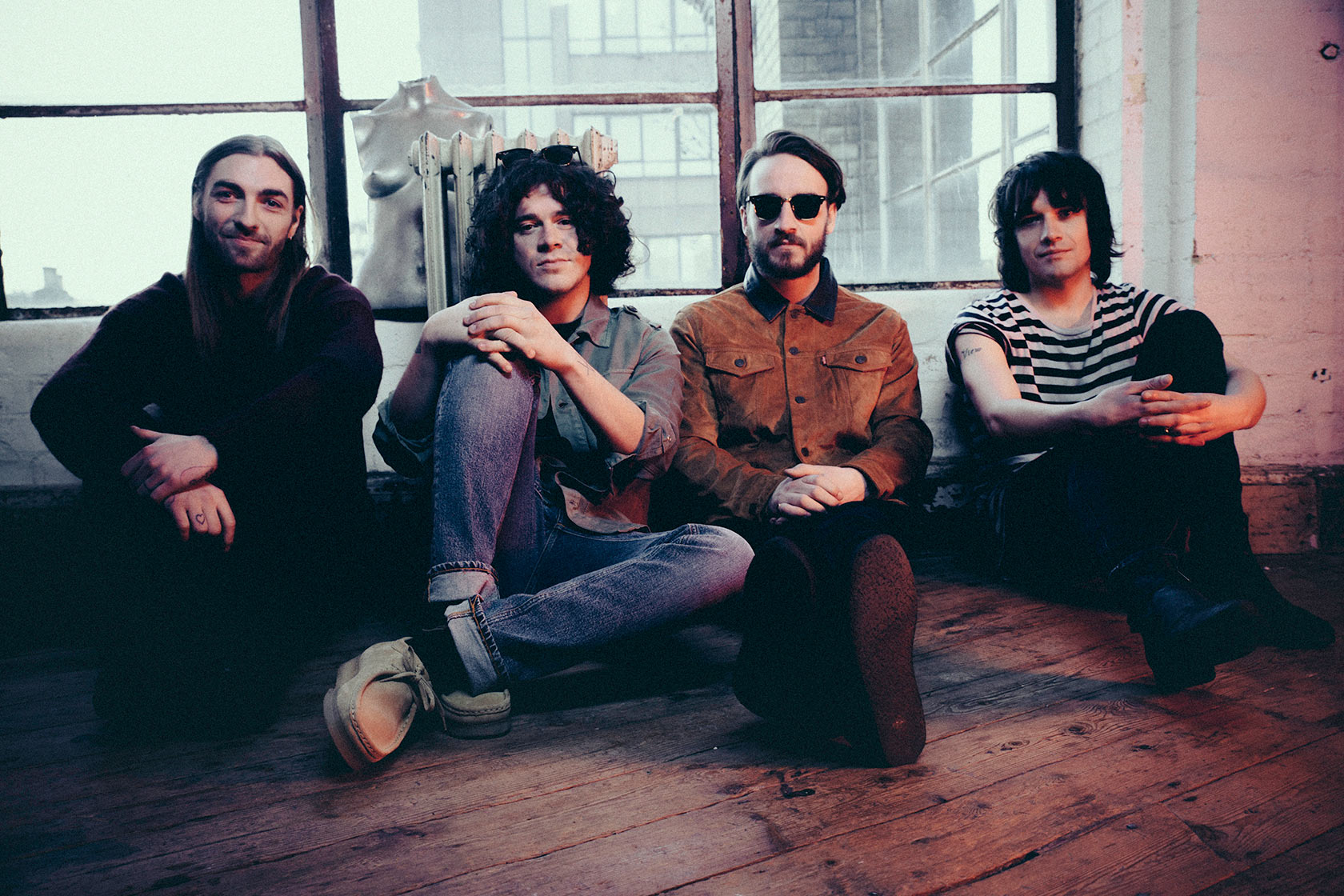