Over the past few years, Vintage Trouble have wowed audiences across the globe by opening for The Rolling Stones, the Dixie Chicks, playing 50 sold out stadium shows with AC/DC, touring North America and Europe with The Who, and playing sold-out headline shows worldwide. Beginning with their blistering introduction on Jools Holland to their recent performance on PBS’ Austin City Limits, Vintage Trouble has used their live show as a vehicle to win over a wide range of music fans.

Chuck Berry, Vintage Trouble possesses sharply honed instincts for rhythm and groove and unabashed showmanship. Now based in L.A.’s musically famed Laurel Canyon, the band first played together in 2010 and soon brought their high-energy brand of soul to weekly residencies at local venues like the Edison and Harvelle’s Blues Club. As they steadily amassed a following, Vintage Trouble eventually drew the attention of Doc McGhee (a legendary music manager best known for working with KISS, Bon Jovi, and Mötley Crüe). Once under McGhee’s wing, the band set their sights overseas and — by 2011 — had taken the stage at Britain’s influential TV show Later...with Jools Holland, delivering powerful performances of “Blues Hand Me Down” and “Nancy Lee” (a stirring serenade to Taylor’s mother, penned from his father’s perspective).

After joining Queen guitarist Brian May on tour in May 2011 and Bon Jovi on tour that June, Vintage Trouble put out their debut album The Bomb Shelter Sessions and quickly saw the album hit the UK Top 40. Also charting as the No. 1 R&B album and No. 2 rock album on Amazon UK, The Bomb Shelter Sessions had its U.S. release in April 2012 and fast earned acclaim from such outlets as NPR, The Wall Street Journal and Billboard. By the end of the year, in the pages of the New York Times, critic Val Haller had hailed Vintage Trouble as a modern-day answer to Otis Redding (“Like Otis Redding,” Haller remarked, “Vintage Trouble makes music that is a little bit of everything”).

Along with appearing on Late Show with David Letterman, The Tonight Show with Jay Leno (four times!), The View, Conan, and Jimmy Kimmel Live!, as well as at major festivals like Bonnaroo, Coachella, and Glastonbury, Vintage Trouble continued to keep up a grueling touring schedule in support of The Bomb Shelter Sessions. The band spent a large part of this time opening for such artists as The Who, The Rolling Stones, AC/DC, Lenny Kravitz, Paloma Faith, Joss Stone and Willie Nelson.

At a hometown gig at the El Rey Theatre in summer 2013, Don Was (a three-time Grammy Award-winner known for his work with the Rolling Stones, Bob Dylan, Al Green, and Iggy Pop) caught the band live for the first time and found him floored by their explosive performance. “Half of the songs were brand new and totally unfamiliar to the audience…yet the place was rocking from the first notes straight through to the final encore,” recalls Was. “Do you know how hard it is for a new band to pull that off? It requires tremendous charisma, thundering power, incredible grooves, and top-notch songwriting.”

In the spring of 2015, Vintage Trouble inked a deal with Blue Note Records, and set to work on their major label debut 1 Hopeful Rd. Recorded at L.A.’s East West Studios and mixed by Tom Elmhirst (Mark Ronson, U2, The Black Keys), 1 Hopeful Rd. borrows its title from the album’s opening number and lead single “Run Like the River.” With its foot-stomping rhythm and gospel harmonies, “Run Like the River” embodies the infectiously irrepressible mood that runs throughout 1 Hopeful Rd. and gives even the album’s most pained moments an electrifying edge. The follow-up to Vintage Trouble’s debut album The Bomb Shelter Sessions — a self-released effort praised by Paste magazine as “the stuff the best soul’n’roll is made of” — 1 Hopeful Rd. matches that emotional intensity with a raw yet sophisticated musicianship that’s prompted BBC Radio 6 to crown the band “the heirs of rhythm and blues.”

With Vintage Trouble fiercely dedicated to constantly playing and creating new music — including a 2014 fan-only EP called The Swing House Acoustic Sessions – music legends such Prince (who name-checked Vintage Trouble in an early-2014 interview with MOJO) and Lenny Kravitz (who noted that the Vintage Trouble live experience bears the same feeling as “being at the Monterey Pop Festival of 1967”) were struck by the band’s passion and musical prowess. When describing their own sound, Vintage Trouble use the term “formatted recklessness”: a fantastically paradoxical phrase that captures the spirit of a band whose music is wildly unhinged but rooted in real musicality, gut-punching but thought-provoking, steeped in the heritage of old-school soul but utterly and irresistibly timeless.

In January 2017, John Varvatos tapped the band to appear in his much-celebrated music campaign series, bringing their foot-stomping rhythm and irrepressible spirit to electrify his new Spring / Summer 2017 Campaign. Throughout 2017, Vintage Trouble will release a handful of new songs starting with the blistering new track “Knock Me Out,” released on February 15th.

Vintage Trouble shows no signs of slowing down. Stay tuned for a lot more exciting music.

Italy we'll see you at the @PNBluesFestival on 24 July! Tickets are on sale now: https://t.co/iSMVoWhYBS https://t.co/joaI4rdFLZ 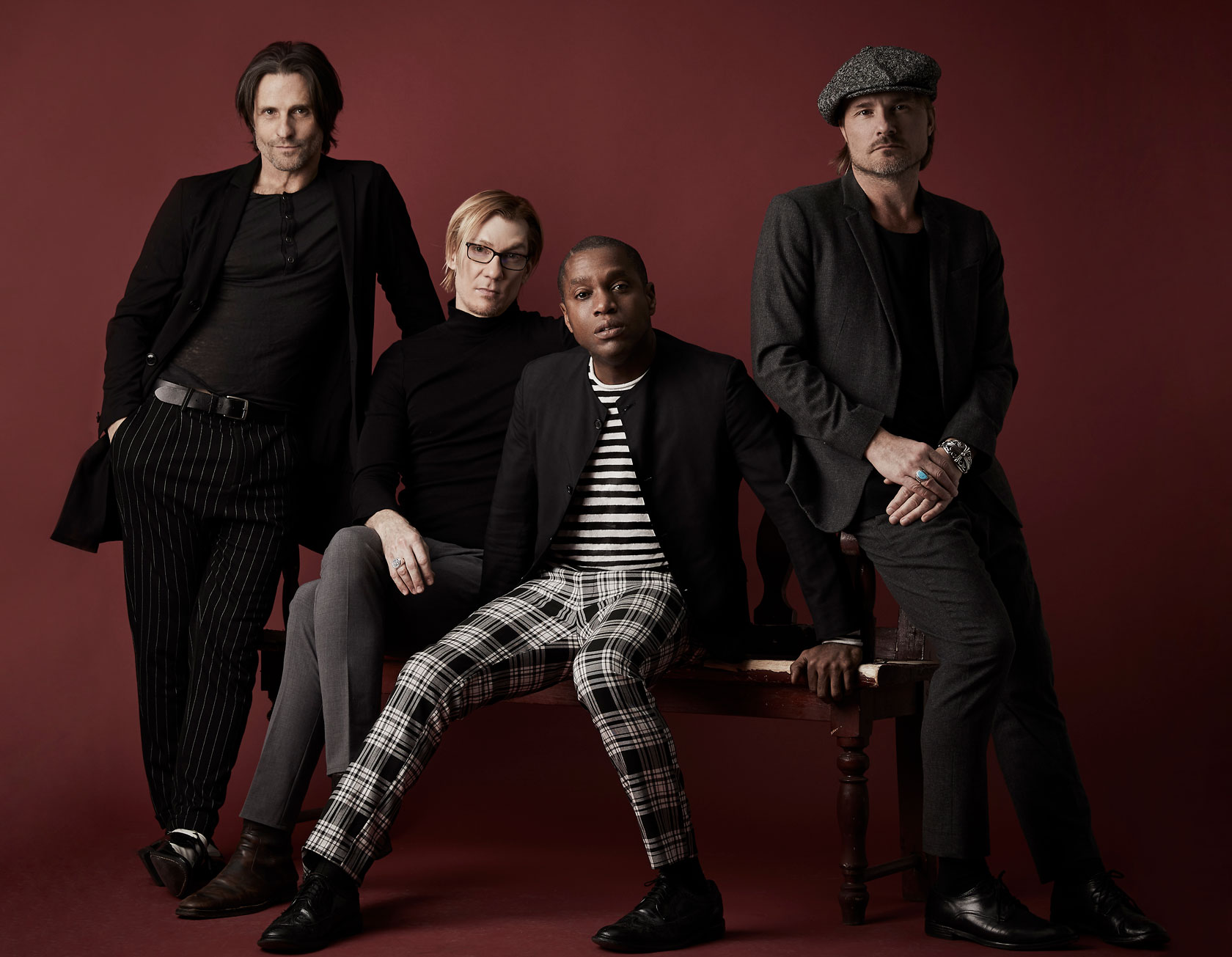