Fleetwood, who curated the list of artists performing, said: “The concert is a celebration of those early blues days where we all began, and it’s important to recognize the profound impact Peter and the early Fleetwood Mac had on the world of music. Peter was my greatest mentor and it gives me such joy to pay tribute to his incredible talent. I am honoured to be sharing the stage with some of the many artists Peter has inspired over the years and who share my great respect for this remarkable musician. ‘Then Play On’…”

The concert will be Executive Produced by Deke Arlon, Carl Stubner and Mick Fleetwood, in association with BMG and will be filmed for eventual broadcast release. Martyn Atkins has signed on as Director.

A donation from the event will go to Teenage Cancer Trust, the only UK charity dedicated to providing specialist nursing and emotional support to young people with cancer. Their life-changing care and support for young people before, during and after cancer provides young people with an opportunity to build their self-esteem and meet others living through the same experience. For more information visit: www.teenagecancertrust.org 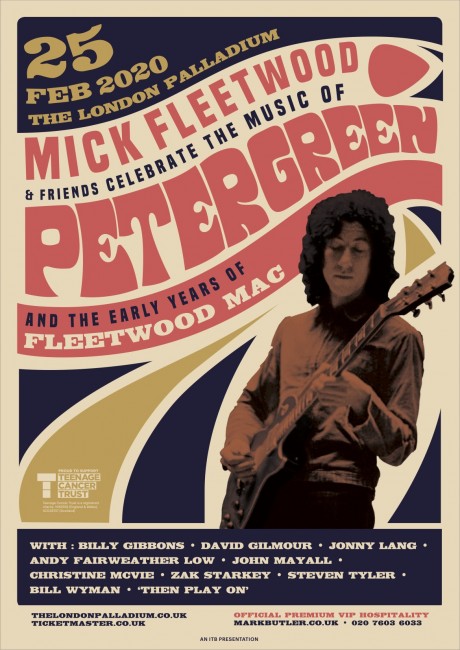