Having experienced a traumatic introduction to the world of work as a trainee stockbroker, Barry persuaded dad Percy Dickins (the entertainment entrepreneur who started the New Musical Express back in 1952) to recommend him for an apprenticeship with a minor entertainment agent, Roy Tempest.

While there he met The Who’s new managers Kit Lambert and Chris Stamp. “I hustled the hell out of them and told them I could do a better job than the guy booking them. I was 17, but put on a deeper voice and pretended to be 23!” He got the job, and says, “They played some incredible shows. The Who were smashing up their gear every night, and they couldn’t afford it – they were only earning about 20 quid a week.”

“I blagged it for about a year,” he continues, “then they realised I wasn’t that good.” History tells us that they signed a record deal with Robert Stigwood, who took their booking in house, as most labels did back then. But he admits, “I got a real taste for it,” and moved on to a job with the Harold Davison agency who represented huge names such as Frank Sinatra and Tom Jones.

“That’s where my career blossomed,” he says. “I ran into (US managers) David Geffen and Elliot Roberts, who decided they liked me and I got to book all their acts. To this day I still do Neil Young. And after 45 years, we’ve still not signed a contract.”

In 1970, Barry became a director at the newly-formed MAM at the age of just 23, and also promoted shows for Geffen and Roberts’ acts, which led to the promoter role he still performs for some of his clients. After handling legendary acts including The Doors, The Kinks, Janis Joplin and Jimi Hendrix, he left to form ITB with Rod MacSween in 1978, and 35 years on, he is still representing artists such as Bob Dylan, Paul Simon, Diana Ross and Tom Petty. During that time, he’s seen the live music industry go through numerous evolutions, from the days when he was labelled “insane” to book multiple nights for ABBA and Fleetwood Mac at Wembley Arena (they all sold out, naturally) to the age of stadium charity gigs like the Nelson Mandela concert in 1988, where his eye for the main chance helped Tracy Chapman bag a fortuitous second appearance on the night – filling in for Stevie Wonder during a technical hitch – which catapulted her to stardom.

In recent years, ITB’s proactive, hands-on approach has been instrumental in changing the industry’s view of agents, from being regarded as little more than cogs in the machine (“leeches!” Barry laughs, “that’s how we were seen!”), to fulfilling an ever-more central position as live music is bigger than ever, in contrast to recorded music’s struggle to adapt to the internet age.

“The thing is, you can’t replace live,” he says. “There’s nothing like getting carried away with the event, when it’s there happening around you. It’s a one off experience every show, and that’s why it will never go away. “

And thanks partly to pioneering agents like Barry, the performers will earn considerably more than £20…

First show that blew you away?

“I went to see the Beatles when I was still at school (in March 1963) and I got goosebumps – I’d just never seen anything like it. And they wrote their own songs! I’ve always liked singer-songwriters – I realised even then that you control your own destiny if you write your own songs.”

“Wine, usually red. I never liked beer – I wish I did. I used to drink Bacardi and coke when I was a teenager, and it was more expensive – my mates used to think I was daft.”

“West Ham United! I’ve been going since I was eight years old, and we had a good side in the ‘60s, of course, but I’ve suffered since then!” 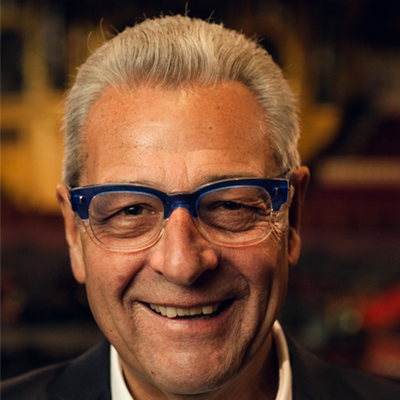 Barry is assisted by Yasmin