Los Angeles, CA (23rd April 2019) – “People are going to herald this as one of the best albums of the year.” That’s what SiriusXM radio host Larry Flick said about TENDERNESS, the upcoming solo album from Guns N’ Roses Duff McKagan. “This is Americana-Duff McKagan,” says Flick. “It’s not what you expect.”

Produced by (and featuring) recent Grammy winner Shooter Jennings, TENDERNESS (UME) is released on the 31st May 2019. McKagan is giving fans another sneak peek at the much-anticipated record with the release of its closing track, “Don’t Look Behind You” – click HERE to listen.

“’Don’t Look Behind You’ was truly inspired by a sense of peace that washed over me after a few months of turning off the TV and social media,” says McKagan. “It was also inspired by the sense of real community I felt while traveling and talking to people around the world on tour during this somewhat tenuous time. This period of sturm und drang will indeed pass. The song seemed to be the final summation that rang loudly from the topics on Tenderness.”

“The recording sessions for this album also saw us re-assemble, for the first time since the Use Your Illusion recordings, The Suicide Horn Section, featuring my brother Matt McKagan on trombone, the great Chuck Findlay on trumpet, and the impossible Brian Scanlon on sax,” he adds. “On the very last day of recording, they came down to the studio and laid down the amazing horn lines for ‘Don’t Look Behind You.’ I’ll never forget the culmination of Matt and The Suicide Horns mixed with the Waters singing group sending this song and album out, as Shooter and I just watched it all with goosebumps.”

“Don’t Look Behind You” follows previously released songs “Chip Away” and title track “Tenderness” and all three are available as instant downloads by clicking HERE to pre-order TENDERNESS ahead of its 31st May release.

TENDERNESS sees McKagan reflecting on his experiences traveling the globe over two and a half years on Guns N’ Roses’ Not In This Lifetime tour. Encountering heartbreak, anger, fear, confusion and divide on his travels during this tumultuous time in our world history, McKagan channeled a collective hurt into songs of monolithic power.

“We’re becoming divided at a time when we need each other most,” says McKagan. “When huge industries get replaced because of modernization, it’s time to retrain and bolster up those who get swept aside. Homelessness and drug addiction are avoidable in this country if we come together and get private and public cogs turning together in a positive direction. We can at least try to tackle mental illness while we’re at it. But alas, we stump and lie, point fingers and divide. We’re way better than this.”

With that in mind, McKagan has created a campaign that puts the album’s themes into action and he’s inviting fans to join him in an effort to give support to organizations doing great work. Those include Seattle's Union Gospel Mission, 320 Changes Direction, and To Write Love on Her Arms, among others. For more information, please visit propeller.la/duff.

McKagan, backed by Shooter Jennings and his band, will be taking these songs on the road for a North American tour that kicks off on 30th May at TLA in Philadelphia. Announced today is a full European tour, below in red, that begins on the 22nd August in Poland. Tour dates are as follows: 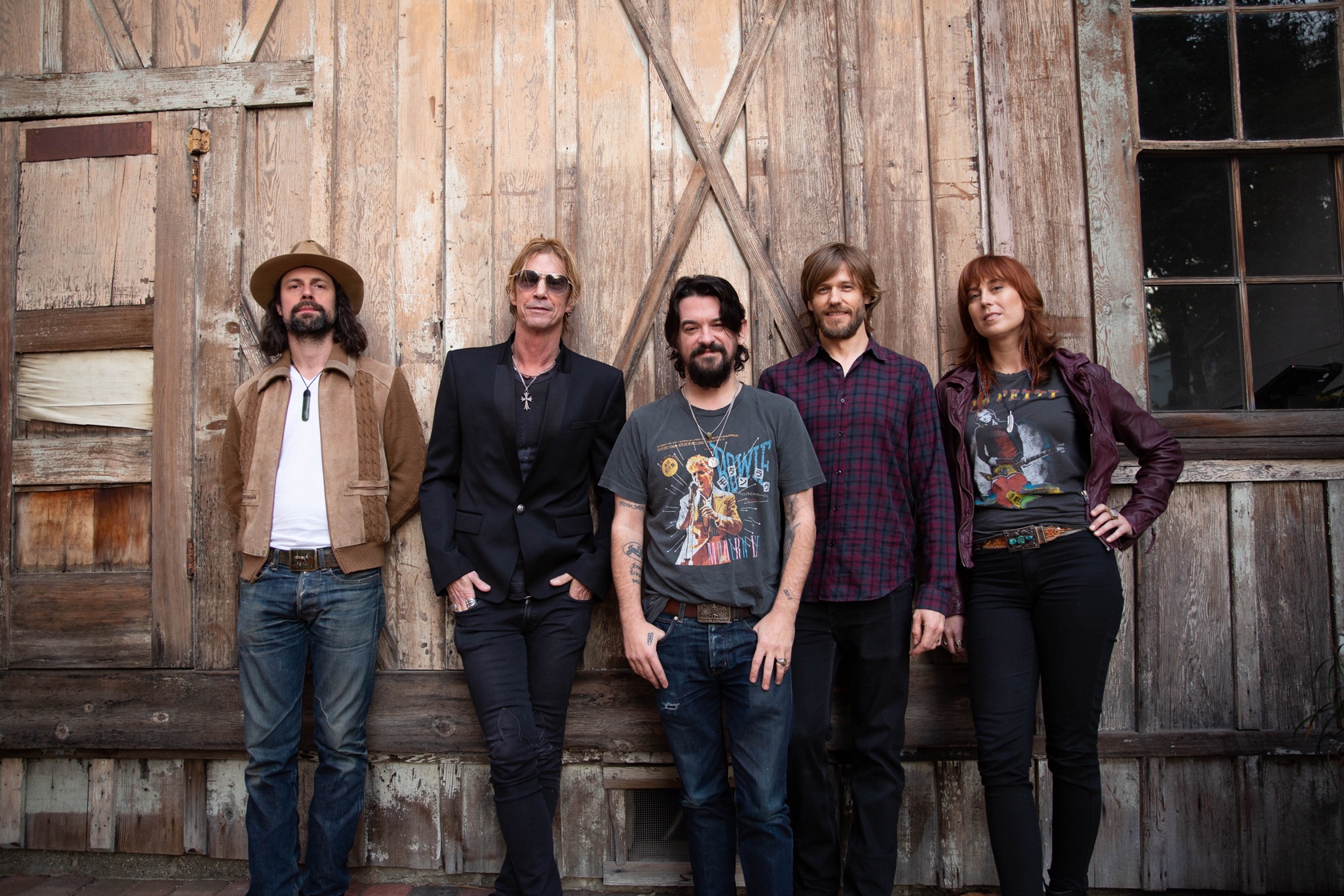